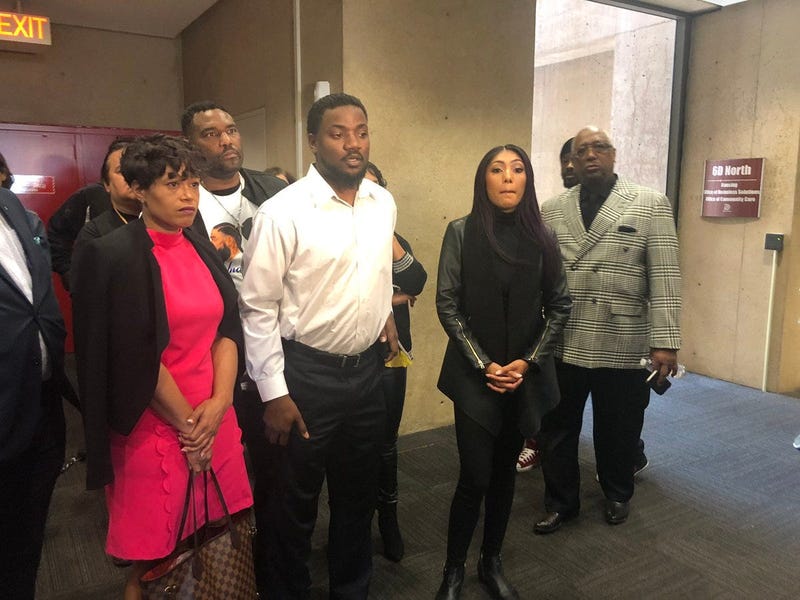 DALLAS (KRLD) - A group of protestors attended a Dallas City Council briefing Wednesday, angry that the victim of an assault in Deep Ellum has been charged with a crime.

Dallas police filed felony charges of criminal mischief against L'Daijohnique Lee, 24, because she smashed a window in the suspect's car.

"Are you saying the price of a truck, the price of windows being shattered is more valuable than a Black woman?" demonstrator Ernest Walker said.

"We shouldn't have to go get our concealed handgun licenses and police the city or the streets of Deep Ellum," said another protestor, Melissa Perry.

Police have also charged the suspect, a bartender, with a felony. Lee says she was dropping someone off in Deep Ellum when the bartender assaulted her and told her to move her car.

Police say they are not taking one side over the other. At a press conference Tuesday, Deputy Chief Thomas Castro said they have to take all complaints seriously and show that all sides are being heard.

Tuesday evening, Dallas County District Attorney John Creuzot released a statement saying his office had no prior knowledge about the arrest warrant and he would take appropriate action, either referring the case to a grand jury or dropping the charges, when his office learned more.