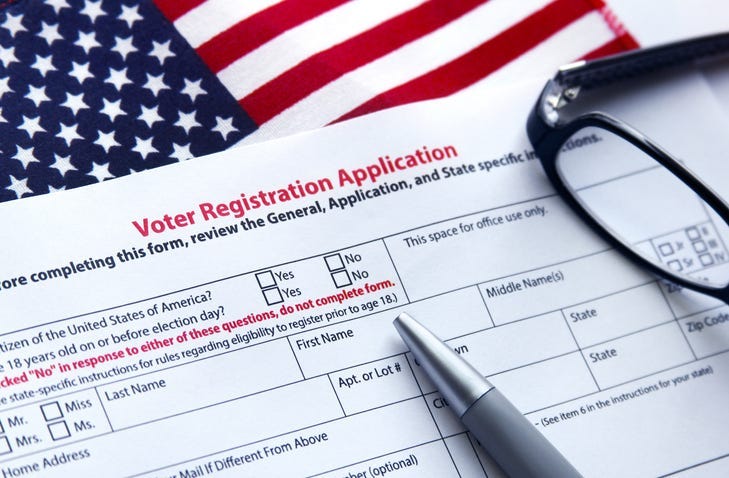 Voter registration surged in June during the nationwide protests over the murder of George Floyd according to Target Smart, a Democratic political data firm.

The numbers show in the first two weeks of June over one million voters registered.

Not all states have reported June registration numbers yet so the data is not complete.

But the firm reports registration for Democratic voters more than doubled in June compared to the June numbers in 2016, while Republican numbers stayed about the same.

The firm says many activists displayed on protest signs to make it easy for protesters to register.