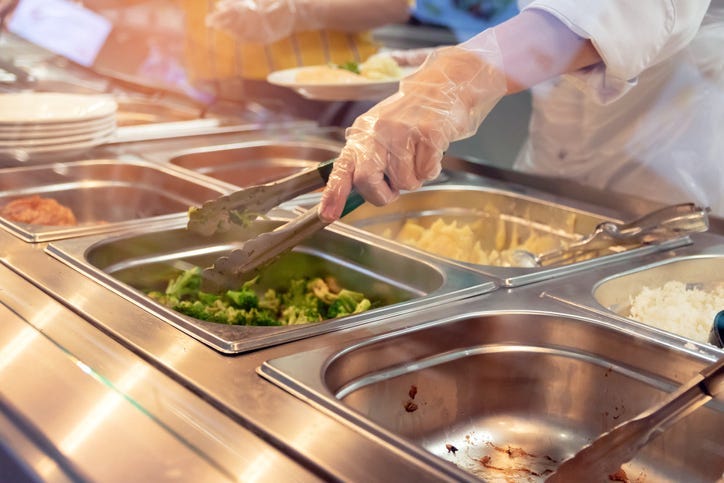 By Alan Scaia and Chelsea Wade

DALLAS (1080 KRLD) - Restaurants in North Texas are changing their business as a result of restrictions imposed because of coronavirus. At midnight Thursday, Fort Worth ordered bars and dine-in restaurants to close. Carry-out and drive-thru services were still available.

Lee Wells owns Wells Cattle Company Burgers and Pies in Rockwall.  He said people should not be afraid to "eat out."

"Sanitation has always been number one," he said. "We've always worked with raw proteins and these things from day one. We continue to do that.  We're even doing more than ever before to make sure everyone stays safe."

Anna Tauzin with the Texas Restaurant Association reminds people that regulations are in place and have been before the pandemic.  "Restaurants get health inspections all of the time.  They know how to operate in clean, sanitary situations.  That's one thing [restaurants> focus on," she said.

If you're scared of getting food from restaurants during this time, Tauzin said you can always get a gift card.  "It's like a loan to these businesses that you can cash in on later," she said.

Wells said many people have been coming to them for ground beef because grocery stores are having trouble keeping the meat cases stocked.  "We're dealing with this the very best way we know how.  We will get through this."​

His business includes a butcher shop and deli, which includes tables where people can order sandwiches and eat in-house.​ Anticipating an order from the city, Nickelson says The Meat Board shut down the deli earlier this week. The section with tables was cordoned off, but people could still buy meat from the butcher shop to take home to cook.

"There's a silver lining because grocery stores are running out of meat, and people are finding out we have good meat, and we're not going to run out of it," Nickelson says. "So, our meat sales have been up even though we closed our deli operation."

While he says meat sales have jumped, Nickelson says people are still coming in, hoping to order sandwiches there.

"They want to still come in, sit down and eat, but we've had to say, 'Hey, bear with us. Please understand. We're trying to be ahead of the curve all the time, very cautious,'" he says. "We've had extra sanitizing in place for about three weeks. We're doing everything the CDC has asked everybody to do."

Nickelson says he has also been in touch with distributors. He says he orders meat locally, and distributors have said they do not anticipate a disruption to supply.

"I'm trained in food safety and food microbiology," he says. "I keep up with what's going on with COVID-19, and where we stand with it. Hopefully, we're on top of it."