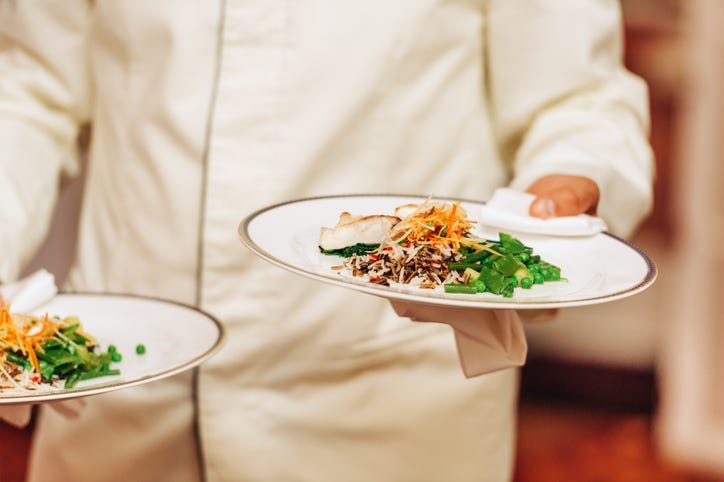 June 12, 2020 06/12/2020 1:27 pm
Beginning Friday, restaurants in Texas can expand from 50% to 75% capacity. The expansion is the next phase in Governor Greg Abbott's plan to reopen the state's economy.
"If it's 25 percent, I hope I fill those up. If it's 75 percent, I hope I fill those up," says Mike Smith, the owner of Paris Coffee Shop on Fort Worth's Near Southside. "I'm still not making any money, yet. At 75 percent, if you break even, you're doing good. I've been doing this 55 years, and I can tell you, it's pretty hard out here. I can understand why some of these restaurants are going under."
Smith has set some tables off limits and will not let more than six people sit at one table. He has also taken ketchup, mustard, salt and pepper off tables. Instead, individual packets or cups of condiments will be given to customers.
Even while he struggles to turn a profit, Smith says he wanted to stay open.
"I want people know I'm here," he says. "Plus, the food's good. That helps. And I make all the pies."
Like other restaurants, Smith says many servers did not want to return at reduced capacity because they were making more money from unemployment. He says he convinced many to come back with a bonus.​
However, the expansion to 75% capacity follows an increase in cases of COVID-19.
Texas recorded its biggest single-day increase Wednesday with 2,504 new cases. Dallas County saw its largest number of new cases Thursday with 312.
Dallas County also reported its highest number of people hospitalized with 373, and hospitalizations across North Texas increased to 724.
Through Thursday, 25 hospitals in the City of Dallas reported 70 percent of total beds occupied, 68 percent of ICU beds occupied and 34 percent of ventilators in use.​ Over the past week, the percentage of occupied beds increased two percent; the percentages of ICU beds and ventilators in use remained the same.
"While the number of positive tests has gone up, so have hospitalizations," says Mark Casanova, the president of the Dallas County Medical Society. "That tells us this increase really is of significance, there are individuals sick enough to enter our hospitals."
Dallas County says 80 percent of people hospitalized have been "critical infrastructure" workers, including those who work in food service, grocery stores, transportation, public works and healthcare.
Casanova says the increase now may be the result of more people spending time in groups over Memorial Day weekend.
"That tells us this virus still has great capacity for transmission," he says. "It's highly contagious in that context. We really hope folks take that information to heart and realize, yes, engagement in non-essential activities is putting you and others at risk."
Casanova says another increase may follow because so many people have been so close together during protests over the death of George Floyd.
Three deaths from COVID-19 were reported Thursday in Dallas County: a woman in her 50s, a man in his 60s and a man in his 70s. All three had underlying health conditions.