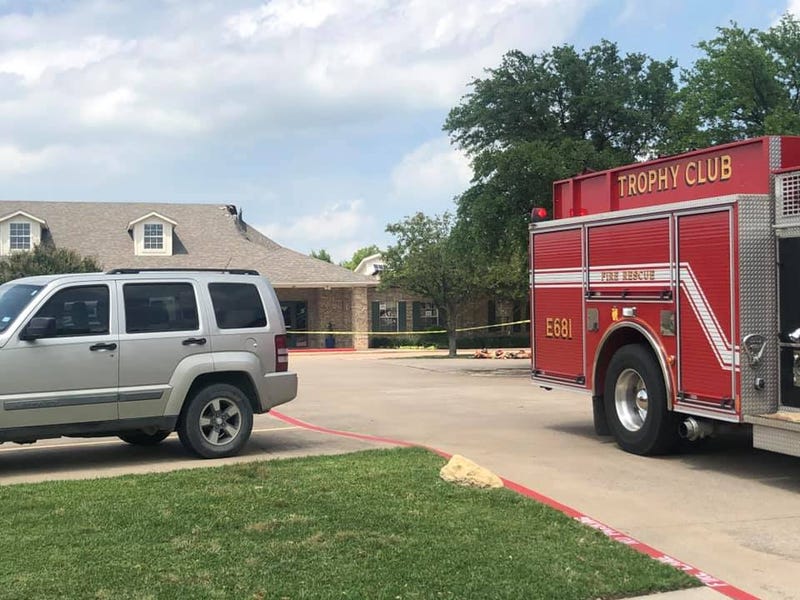 DALLAS (KRLD) - No one was hurt when part of a roof collapsed at a daycare in Trophy Club Friday afternoon. All of the kids and employees at the XPlor Preschool on Village Trail were able to evacuate the building safely.

"It's two buildings that are separated by a parking lot. One of the buildings had a playroom that's an open area in that building, and they did have a partial collapse," said Trophy Club Fire Chief Jack J. Taylor.

"There were 20 children and staffers in that building. None were injured," said Chief Taylor. "They happened to be on the other side of the building at the time. We had the building evacuated quickly." Parents of the kids were notified to pick up their children.

"You prepare for the worst and hope for the best. In this case, we're fortunate that no one was injured," said Chief Taylor. "Our police department did an exceptional job of working with the staff here...getting the kids and the staff evacuated."