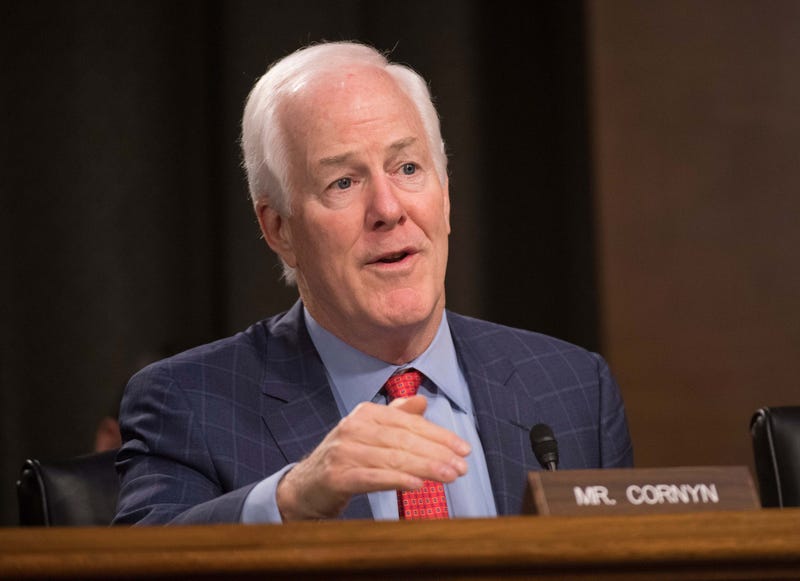 On a conference call with reporters on Thursday Cornyn was asked about comments President Trump made in interviews with Bob Woodward where he downplayed threat of the virus.

Here’s what Cornyn had to say:

“Well, I understand the intention that he (President Trump) didn't want to panic the American people, that's not what leaders do. I think in retrospect, I think he might have been able to handle that in a way that both didn't panic, the American people, but also gave them accurate information. To me, the most important thing was the actions that the administration and Congress have taken, early on to try to defeat this virus...As you know, travel restrictions in and out of China, for which the President was vilified. The truth is…we've learned a lot about this virus that we didn't know back when it first showed its ugly head. I think the administration through their coronavirus taskforce has tried to be as transparent as they can, but I guess I understand on a human level, why the President did not want to panic the American people and felt like he should try to calm fears rather than to stoke them.”

Cornyn’s Senate opponent in November, Democrat MJ Hegar called out the sr. Senator for not acting sooner. On a Democratic Party ZOOM call Hegar questioned whether Cornyn’s loyalty was to the President instead the American people.

“He’s going to be a good little lap dog and do as he's told and mind his P's and Q's. He can grab that Senate majority leader position.”