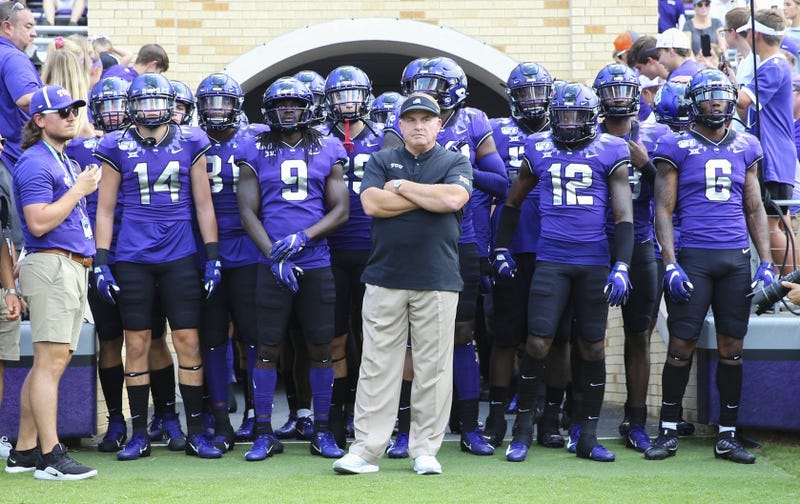 On Twitter, a player who first complained about a lack of playing time, then claimed Patterson had spoken the offensive word.

Teammates, though, clarified that Patterson had used the word in the context of ordering players to stop using the word in team meetings.

Monday, another player tweeted the following: "As a leadership council, we have spoken with Coach P about the events of today. We have discussed ways to move forward while keeping in mind the mental health of the football team. Coach P understands the significance of what he said."

The university has not publicly commented but the student newspaper "TCU 360" received an e-mail from Chancellor Victor Boschini saying it was expected Patterson would apologize to the team.

Early Tuesday, Coach Patterson released a statement on social media saying, "I apologize for the use of a word that, in any context, is unacceptable."