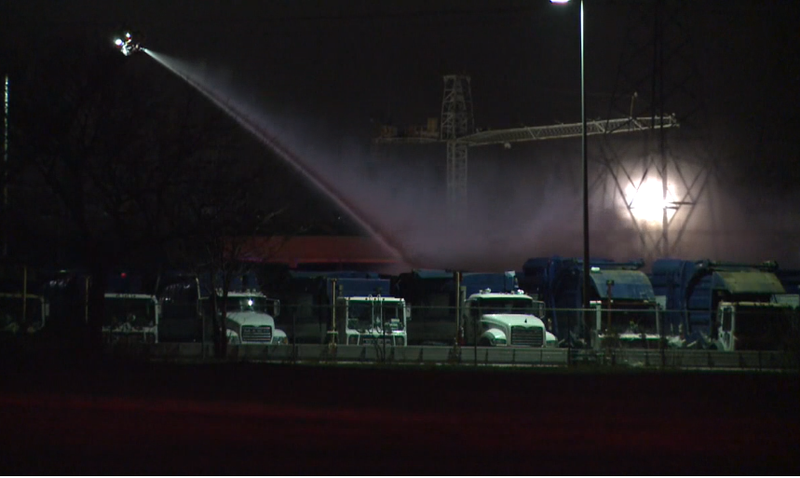 The fire department received calls about a series of explosions at the terminal on Old Denton Road about 9:15.

Haltom City Fire Rescue says the fire appears to have started inside the trash one truck was carrying.

"Trash truck fires aren't that uncommon," says Deputy Fire Chief Fred Knapp. "Usually, somebody will have something in the trash that gets dumped in the truck and catches fire."

"What makes this unique is the closeness of the trucks that were parked," Knapp says. "If one catches on fire, it's going to catch the next one on fire."

"All of the explosions were coming from the vehicles," he says. "Most of them are going to be total losses. There was lots of fire."

​No one was hurt. Knapp says investigators are looking at surveillance video to find out which truck the fire started in.