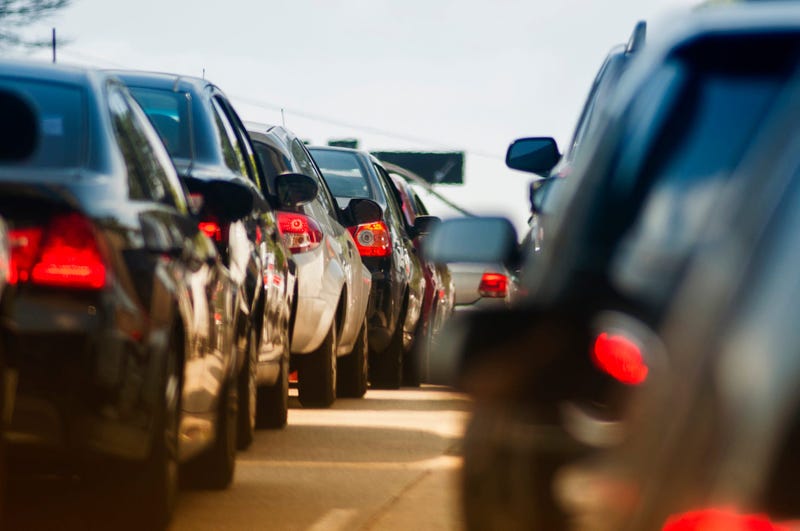 DALLAS (1080 KRLD) - Kindness was on full display Monday when a big rig fire shut down I-30 heading into Rockwall.Morgan Swett was trying to get home, but when she got off the George Bush Turnpike, all she saw were tail lights.

"After a while, my son started getting hungry, so I pulled over and I had enough to make a feeding," said Swett. "About three hours later, I'm stuck on the second bridge and he wouldn't stop crying. I pulled over and got him out of his car seat and just started bouncing him around to soothe him."Swett said she was out of water and couldn't make another bottle. She said a woman stopped and asked how she could help. "I jokingly told her that if she had a bottle of water, she would save my life. She luckily had two, so she gave me two of them."Swett said she doesn't know who the woman was, but wanted to publicly thank her for her kindness. "She really did help out a tremendous amount in the moment. I can't thank her enough."