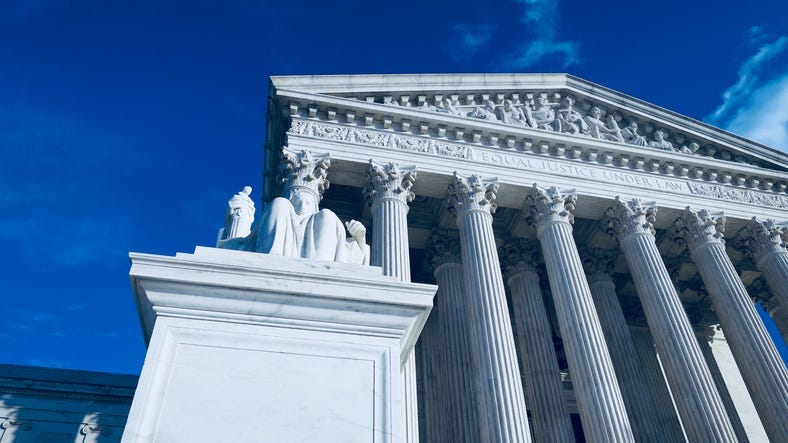 DALLAS (1080 KRLD) - The U.S. Supreme Court is scheduled to hear a request to consider the death penalty case of Rodney Reed this Friday.

Reed is scheduled to be executed November 20 for killing Stacey Stites in Bastrop in 1996.

Reed was convicted and sentenced to death in 1998, but his defense team says new witness statements and forensic evidence show he is innocent.​ The Innocence Project sent a letter to Governor Greg Abbott, asking him to sign a 30 day reprieve and "instruct the Board of Pardons and Paroles to investigate whether a commutation of Mr. Reed’s death sentence should be granted in light of the grave doubt concerning his guilt.​"

The Innocence Project also says the execution order should be void because it was signed by a judge they say had no authority over the case. Judge Doug Shaver sent a letter to the Texas Supreme Court announcing his retirement 17 days after signing the execution order. The motion says Shaver took the case after another judge recused herself.

Last weekend, hundreds of people gathered outside the Texas governor's mansion to call on Greg Abbott to stop the execution.

"To date, Texas courts have refused to consider the unrebutted forensic evidence proving Mr. Reed did not commit the crime and also have denied access to DNA testing that can confirm Fennell’s guilt. Appellate litigation is currently pending in the United States Supreme Court and the federal courts in Texas; but the State opposes even a brief stay of Mr. Reed’s execution to provide the respective courts the opportunity to consider Mr. Reed’s claims," the Innocence Project wrote in the letter to Abbott.

A bi-partisan group of 16 state senators signed a letter to Abbott, asking him to grant "a reprieve until the new developments in this case are fully resolved." They say that would "allow the cloud of doubt surrounding his guilt to be lifted." Abbott has not responded.

This is a remarkable bipartisan coalition. Having spent yrs in law enforcement, I believe capital punishment can be justice for the very worst murderers, but if there is credible evidence there’s a real chance the defendant is innocent, that evidence should be weighed carefully. https://t.co/kaph6D5J6N