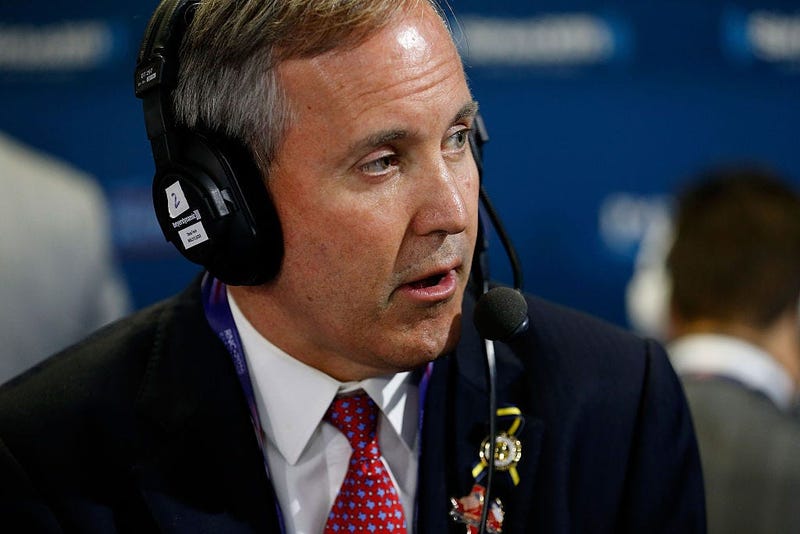 DALLAS (1080 KRLD) - Texas Attorney General Ken Paxton says the judge who held Shelley Luther in contempt and sentenced her to seven days in jail should have recused himself from the case.

Luther was released Thursday afternoon after the governor retroactively removed jail-time as a punishment for violating his executive order, and the Texas Supreme Court granted a motion for her release.

Twelve civil court judges in Dallas County, including Eric Moye, had sent Paxton a letter, saying they were "troubled by what appears to be an ex parte communication about a pending case."

They wrote for Paxton to "urge a judge towards a particular substantive outcome in this matter is most inappropriate and equally unwelcome."

Paxton responded, saying Moye should have recused himself from the case because he signed that letter.

"While this episode is concluded, your “collective response” to my initial letter demands a rejoinder as it is inaccurate in several important respects," he wrote.

At the end of his letter, Paxton attached a social media post by Moye last month. He had posted a link to an article about someone protesting business closures in North Carolina who later contracted COVID-19. Moye wrote, "I am SO in love with that lady named Karma!"

When Governor Greg Abbott went to the White House Thursday, President Trump mentioned Luther. When Abbott told him she had been released, the president said, "Good. I was watching the salon owner, and she looked so great, so professional, so good, and she was talking about her children."

Some supporters of Luther have asked Governor Greg Abbott to commute her sentence instead of simply saying people should not be jailed.

A spokesman for the governor says that while no one violating Abbott's order would be sentenced to jail, fines could still apply.