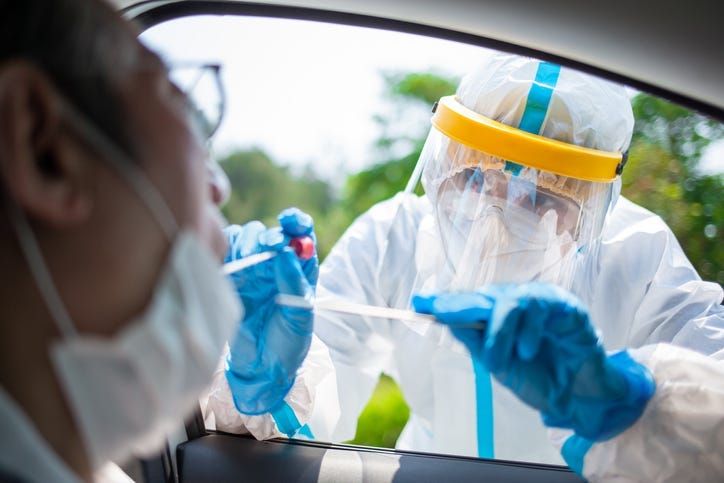 The Governor was also asked about the state’s recent drop in COVID testing. In late May the State was testing at a rate of about 67,000/per day and that number has dropped to just under 35,000 on August 11th. Abbott said this was the result of several influences. “First, during the month of July, there were several surge testing operations where we dramatically increased the amount of testing in different regions at different periods of time,” Abbott said that during that same period of time Texas saw a spike in the number of residents coming forward to be tested. “We have observed for the past couple of weeks a decline in the number of people stepping forward to get tested.”

Abbott was also quick to point out that the drop in testing over the past month was not a reflection of the State’s testing capabilities. “We do have abundant testing capacity. We have far more daily testing capacity then there are tests being undertaken because we're not having enough people step forward to be tested as we did before,” said Abbott. “We're working on strategies as we speak that will be easy pathways to increase more people being tested.”

Abbott expects that low testing numbers to rise in the near future. “And then one reason for that also is because this week we have one of those test-surging operations taking place in Houston, Texas, in Harris County, Texas, where there's an additional 5,000 people being tested per day for 10 days; and that's 50,000 tests right there.”