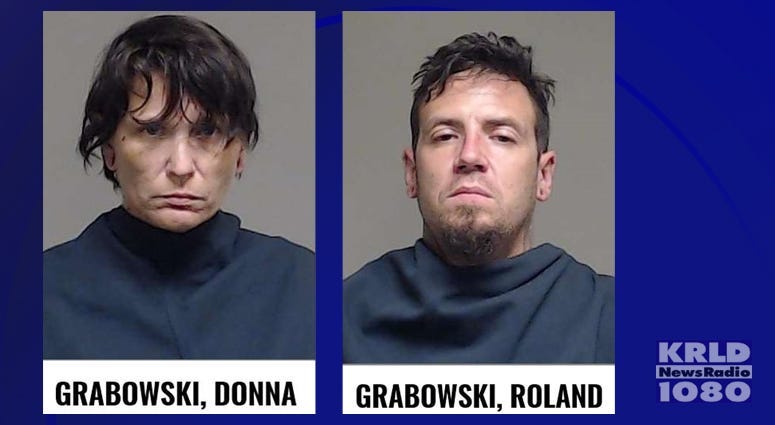 A couple from Princeton is being held in the Collin County Jail after the death of their one week-old child.

Investigators with the Collin County Sheriff's Office say the infant died on July 29th, but the couple failed to report the death - and took steps to hide the child's body.

Deputies were called to the home of  42-year-old Roland Grabowski and 41-year-old Donna Grabowski on Saturday, August 8th, to investigate the possible un-reported death of an infant. They say the couple initially refused to cooperate but did eventually wind up speaking with detectives after they were arrested.

Investigators obtained a warrant to search the couple's property on Highridge Road. They found the body of one week-old Micah Grabowski in a bucket of tar that was inside a shed. They say the couple told them Micah had died in their bed on July 29th, but they had not reported the death to any law enforcement agency.

Both Ronald and Donna Grabowski have been charged with abandoning or endangering a child and tampering with or fabricating physical evidence. They are both being held in the Collin County Jail.