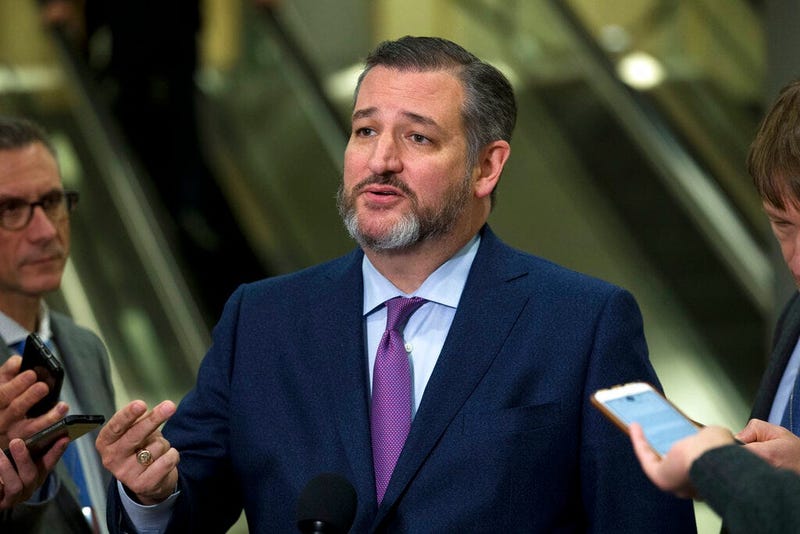 Texas Senator Ted Cruz is among 11 politicians and heads of organizations being sanctioned by China. Cruz and fellow Republican Marco Rubio were singled out by Beijing about a month ago.China's foreign ministry says Cruz and the others are accused of "performing badly" on issues concerning Hong Kong.

The number of Americans named by the ministry exactly equals the number of Hong Kong and Chinese officials placed on a sanctions list by the U.S. last week over the crackdown, according to the Associated Press.

"The Chinese Communist Party thinks that it can distract from its crackdown on Hong Kong, including the arrest of freedom fighter Jimmy Lai, by re-announcing sanctions against Sen. Cruz that were already not credible to begin with. It won't work" said Lauren Aronson, Sen. Cruz's Director of Communications.

The Chinese Communist Party thinks that it can distract from its crackdown on Hong Kong, including the arrests of freedom fighters like Jimmy Lai, by re-announcing sanctions that were already not credible to begin with. It won’t work.

China brutally cracked down on opposition voices following its imposition of a national security law in Hong Kong.