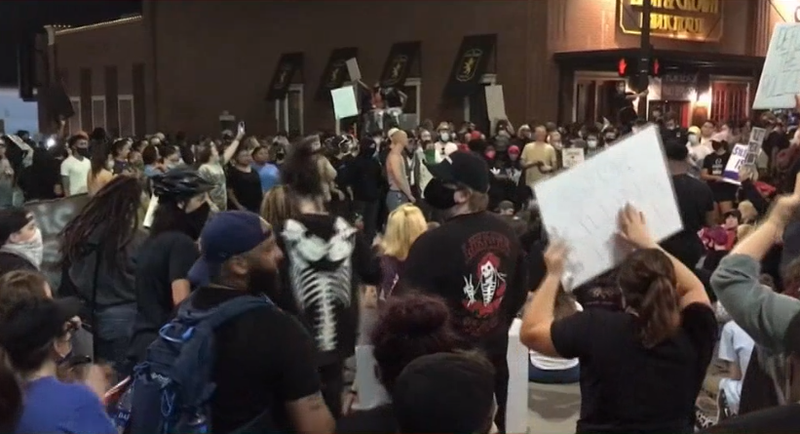 Protestors could be heard chanting 'Justice Now' as they marched around the Courthouse.

The demonstration was scheduled to end at 8:45 p.m.to comply with the city’s 9 p.m. curfew...and many people did leave around that time, following a tribute and embrace from a state trooper.

Hundreds of college kids stayed behind though, playing music and sitting on each other shoulders.

Police sounded off an alarm and warned them to go home.

At least two people were arrested before the square was cleared around 1:30 a.m. this morning.