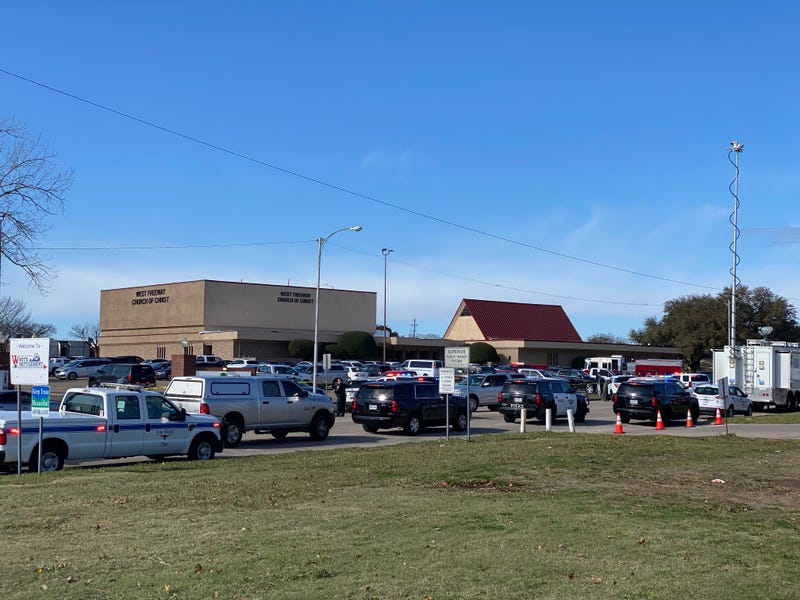 Video live-streamed from the service shows a man talking to someone next to him, then getting up and shooting two people.

Several people then pull out their own guns out of self-defense, and one of them shoots the shooter.

The shooter and one victim were pronounced dead at the scene. The other victim was rushed to a hospital and is listed in critical condition

There were also two minor injuries from patients striking their heads as they were ducking for cover. Those patients were treated and released.

"Today, evil walked boldly among us," Tarrant County Sheriff Bill Waybourn said. "But let me remind you, good people raised up and stopped it before it got worse."

"Unfortunately this country has seen so many of these that we've actually gotten used to it at this point," Williams said. "It's tragic and it's a terrible situation, especially during the holiday season.

Multiple law enforcement agencies, including the FBI, ATF, DPS, Texas Rangers, as well as Fort Worth and White Settlement police were involved in the investigation of the shooting.

"We are working very hard to find motive, to get to the bottom of what happened," said Matthew J. DeSarno Special Agent in Charge of the FBI's Dallas Field Office.

"Our hearts go out to the victims and families of those killed in the evil act of violence that occured at the West Freeway Church of Christ. Places of worship are meant to be sacred, and I am greatful for the church members who acted quickly to take down the shooter and help prevent further loss of life. Cecilia and I ask all Texans to join us in praying for the White Settlement community, and for all of those affected by this horrible tragedy."

Lt. Governor Dan Patrick also released a statement on the events on Twitter, asking Texans to keep the community in their prayers.

This is a developing news story and will be updated.