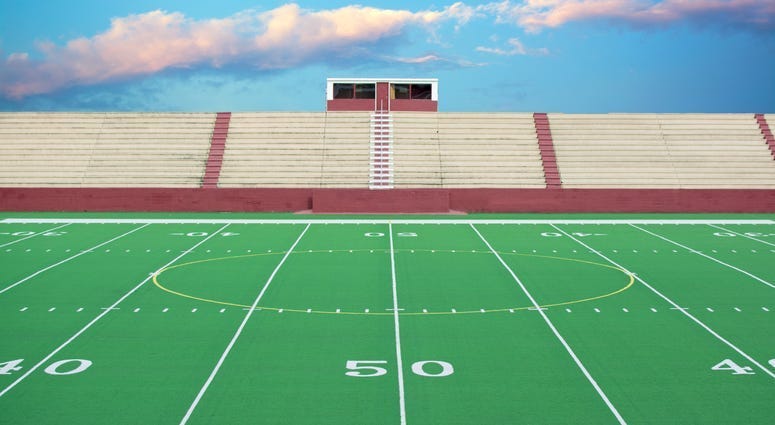 The 2020 Texas High School Football season begins this week, but not for everybody.

The University Interscholastic League decided to go with a split season, with Class 5A and 6A schools not allowed to play games until Sept. 24.  And, in some areas, the games could be delayed beyond that.

For now, only the smaller schools are able to begin their seasons.  The spotlight will be theirs for the next month.

In a year unlike any other, we brace for the kickoff of a football season that could be like no other.  Here are the Week One matchups in North Texas:

Decatur (12-1 in 2019, lost to Dumas in third round of playoffs) is a team that's been on the rise.  They return nine starters, including dual-threat QB Landon Howell.  After running into Waco La Vega in recent years, Argyle (13-1, lost to La Vega in state quarterfinals) hopes to contend for a state title this season.  The Eagles are very experienced in the defensive front seven, and CJ Rogers takes over at QB.

Lake Worth (5-6, lost to state finalist Waco La Vega in first round) opens the new year against a 3A opponent.  The Bullfrogs hope to build on last year's playoff appearance, as QB Caleb Welch returns to run the offense under his dad, HC Tracy Welch.  McGregor (4-6, missed playoffs) returns 15 starters, including QB VeAndre McDaniel, who threw for 2,000 yards and 20 TD last year.

Like Decatur, Springtown (13-2, lost to Waco La Vega in state semifinals) is a team that has significantly raised its profile.  The Porcupines return eight starters, including QB Camden Chesney, who threw for 3,100 yards and 37 TD last season.  Glen Rose (7-6 district champion, lost to Iowa Park in third round) will be a tough early test for Springtown.  Glen Rose has some holes to fill, as they bring back six starters, including QB Austin Worthen.

Hirschi (5-5, missed playoffs) is in rebuilding mode.  They return only one starter from last year's team.  Midlothian Heritage (9-5, lost to 4AD1 state champion Carthage in state quarterfinals) is primed for another deep playoff run.  Heritage returns 11 starters, although they do begin the season with questions at quarterback.

Alvarado (9-3 district champion, lost to Brownwood in second round) returns only one offensive starter from last season, so the early tuneups will be key for the Indians.  Incidentally, Alvarado and Brownwood are now in the same district.  Graham (7-5, lost to Lubbock Estacado in second round) looks strong again this season.  The Steers not only return 12 starters, but ten are three-year starters who are now seniors.  Graham QB Hunter Lanham threw for 23 TD last year.

Waxahachie Life (7-4, lost to Palestine in first round) received no favors in the latest UIL realignment.  They are part of District 5-4A Div. 1, which includes Waco La Vega, Midlothian Heritage and Brownwood.  Godley (8-3, lost to Aubrey in first round) brings back tons of experience on offense.  That includes QB Ethan McBrayer, who had 33 TD passes last year.

Benbrook (4-6, missed playoffs) is a team to watch in 2020.  They return 16 starters, including QB William Green, who is back for his third year leading the offense.  China Spring (4-8, lost to Melissa in second round) is a 4AD2 opponent that returns 13 starters from last year.  This should be an intriguing early matchup.

Anna (5-5, missed playoffs) has returning experience, with 12 starters back from last season.  The Coyotes face a very tough district that includes state contender Argyle.  Hillsboro (4-7, lost to Graham in first round) brings back 11 starters, including QB Thomas Pratt.

KAUFMAN (3-7, missed playoffs) drops down into 4A Div. 1, where they will share a district with Argyle.  They return 11 starters this season.  Interestingly, Lindale (7-4, lost to Lamar Consolidated in first round) also drops from 5A Div. 2.  They have 15 returning starters, including RB Jordan Jenkins, who ran for 27 TD last year.

Melissa (9-4, lost to Waco La Vega in third round) should have a shot at another deep playoff run this season.  The Cardinals lost some key pieces, but they return 12 starters and feature a veteran offensive line.  Celina (7-5, lost to Waco La Vega in second round) should benefit from their new classification.  They are now in 4A Div. 2 and no longer have to deal with Argyle.  Celina also boasts a veteran offensive line, and they bring back 16 starters, including nine on defense.

Terrell (1-9, missed playoffs) is another school that drops down from 5A Div. 2.  The Tigers run the Wing-T offense, and they return eight starters from last season.  Wills Point (6-5, lost to Fairfield in first round) returns nine starters.

Bridgeport (5-6, lost to Glen Rose in first round) returns nine starters, but they have big holes to fill on offense.  The Bulls open the year against a smaller opponent in 3A Paradise (5-5, missed playoffs), which brings back ten starters from last season.

Aubrey (5-7, lost to Midland Greenwood in second round) has explosive potential on offense, as they return outstanding RBs Martavious Hill and Jeremiah Cook.  Burkburnett (3-7, missed playoffs) has a three-year starter at QB in Mason Duke.

Boyd (6-5, lost to Wall in first round) takes on a larger opponent to open the season.  They are a veteran ballclub that returns 17 starters from last year's playoff team.  Mineral Wells (0-9, missed playoffs) is also loaded with experience (19 returning starters) as they look to shore up a defense that allowed 50 points per game in 2019.

Sanger (1-9, missed playoffs) opens the season against a smaller opponent in 3A Clifton (8-4, lost to Gunter in second round).  Going into their second year under HC Rocky Smart, Sanger hopes to take a big step forward in 2020.  They return nine starters from last year.  Clifton brings back 12 starters from last year's team that went two rounds deep in the playoffs.

Venus (1-9, missed playoffs) is another school that looks to build early momentum with a win over a smaller opponent.  They are an experienced squad that returns 17 starters, including QB Bryce Brown.  Peaster (4-4, played as independent in 2019) is a very interesting case.  This is only their second year as a varsity program, and they will again play an independent schedule in 2020.  This young Peaster team, which includes only 3 Seniors, is now led by former Burleson HC Gary McElroy.

This one gets our first FIVE-STAR MATCHUP of the new season.  Sunnyvale (12-1, lost to Texarkana Pleasant Grove in third round) has built a track record of success, and they look for another deep playoff run in 2020.  They return nine starters, and big things are expected of QB Max McAda, who steps in for his brother, Tripp, in leading the Sunnyvale offense.  Waco Connally (12-1, lost to Gilmer in third round) is also hungry to play in December.  They bring back 11 starters, including dual-threat QB Kavian Gaither, who is also a standout in the defensive secondary.

The debate is underway over whether Brock or Grandview is the favorite to win it all this year in 3A Div. 1.  Year in and year out, Brock (12-3, lost to Pottsboro in state semifinals) simply reloads for another deep run.  The Eagles should be especially strong this year, as they return 15 starters.  RB Cash Jones is one of the top backs in Texas.  He ran for 2,678 yards and 35 TD last year.  There could be a revenge angle here for Bushland (12-1, lost to Brock in third round), which was eliminated from the playoffs by the Eagles last season.  Bushland has a few more holes to fill, with eight returning starters.  Dual-threat QB Coleman Junell is back to lead the offense.

Watch out for Farmersville (2-9, lost to Gilmer in first round) this season.  The Farmers have 16 returning starters, including RB Braden Lair, who is a third-year starter in the backfield.  They hope to build early momentum against smaller opponent Emory Rains (6-5, lost to Dallas Madison in first round).  Rains is also a veteran ballclub (14 starters back) that will rely on RB Mason Songer, who ran for 1,500 yards last year.

After a very successful 2019 season, Valley View (12-3, lost to Post in state semifinals) moves up to 3A Div. 2 this year.  They return eight starters.  Meanwhile, Ponder (3-7, missed playoffs) has loads of experience, with 18 returning starters.  QB Chase Taylor leads the Wishbone offense for Ponder.

Kemp (3-8, lost to state finalist Pottsboro in first round) got a taste of the playoffs last season, and they hope to make an even deeper run in 2020.  They bring back 15 starters, including a lot of experience on the offensive and defensive lines.  Palmer (11-1 district champion, lost to Holliday in second round) has nine returning starters.

This is easily the best "name" matchup of the opening week - Polar Bears vs. Gladiators.  Both schools have a lot of returning experience.  Frost (4-7, lost to Grapeland in first round) has 17 starters back, including key performers at the skill positions.  Italy (8-4, lost to Valley View in the second round) has 19 starters coming back.  QB Jayden Saxon accounted for 36 touchdowns in 2019.

This is our second FIVE-STAR MATCHUP this week.  These two played a slugfest last September, with Grandview edging Malakoff, 14-13.  Grandview (15-1, 3AD1 state champion) is going for its third consecutive state title, and all-everything QB/DB Dane Jentsch is ready to help them get there.  In his fourth year leading the Zebras' offense, Jentsch is among 12 returning starters.  Malakoff (11-2, lost to state finalist Pottsboro in third round) is also loaded for another deep playoff run.  They return 13 starters, including QB Darion Peace, who had 30 TD passes a year ago.​

music
Tegan and Sara’s memoir is getting turned into a TV show
music
Reese Witherspoon reunites with 'Legally Blonde' cast ahead for the first time in 20 years
sports
Multiple teams reportedly interested in Antonio Brown, including Seahawks
music
Join the Country Music Hall of Fame's 'BIG NIGHT (At the Museum)' fundraiser
sports
Marcus Stroman seems to think the Yankees need him: 'Their pitching always folds in the end'
news
These 2020-inspired Halloween decorations are perhaps the 'scariest' of all