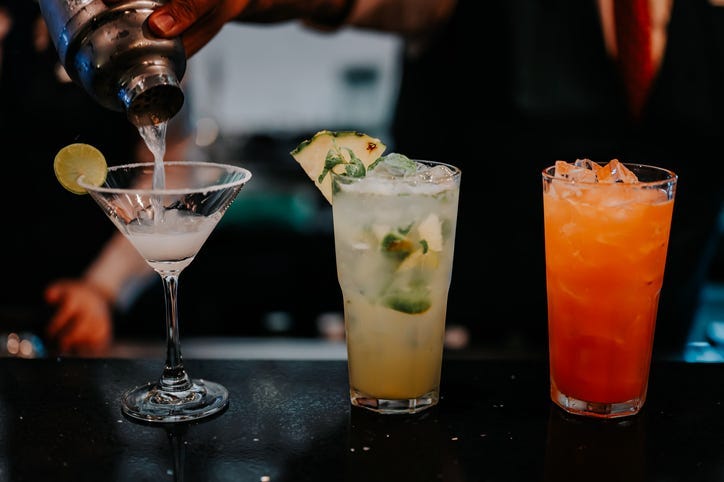 If you order one, there is some important information that you'll need to know so that you do not inadvertently break the law, since laws like container laws are still in effect.

As such, there is a very specific procedure that restaurants need to follow to sell mixed drinks to go.

For starters, the lid must not have a hole in it for a straw -- and the method of attaching the lid onto the cup is very specific.

"Distilled spirits that are mixed into a drink must be in a container that the mixed beverage permittee (i.e. the restaurant) has sealed with an adhesive label, which in most cases will be tape, that states the name of the business as well as the words 'alcoholic beverage,'" says Chris Porter, spokesman for the Texas Alcoholic Beverage Commission.

And after the container is sealed, it's essentially sealed a second time.

"That sealed container must then be placed into a bag that's sealed with a zip tie, which is then transported in the vehicle of the purchaser (that's) not in the passenger section of the vehicle," says Porter. "It must not be accessible by the driver or any passengers within the vehicle when they transport it."

The placing of the beverage in the luggage compartment, such as a trunk, applies to all alcoholic beverages, including those in sealed bottles and cans purchased at liquor stores.

Other previous rules are still in place, including the one requiring a purchase of an entree prepared in the restaurant's kitchen to accompany the alcoholic beverage.

Porter says the temporary rules laid out by Gov. Abbott are in place to make it easier for restaurants to earn money while keeping people safe on the roads.

"We want to ensure that obviously TABC agents, as well as local police, have all of the measures that they feel are necessary to ensure that the alcohol is sold and transported and consumed safely," says Porter.

Abbott has expressed interest in making alcohol-to-go sales from restaurants permanent; doing so would require an act of legislature.