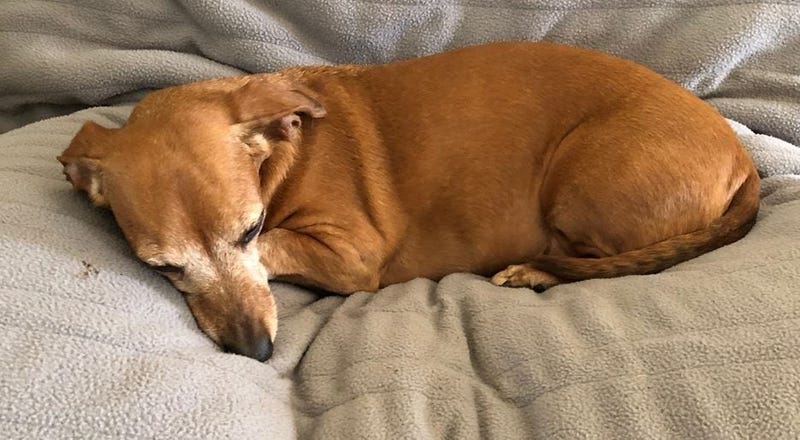 UPDATE (10/1): The dog has been returned safely. Staley says her SUV is still missing.

FORT WORTH (1080 KRLD) - A woman doesn't care about getting her stolen SUV back -- she just wants her dog back.

Staley says she was in the store for about 20 minutes.

During this time, someone jumped into her SUV and took off with her Dachshund still inside.

"I'm from Wichita Falls, so I do this at home, and I should never have done it here," Staley concedes.

"Just got in my car and drove away, and the car won't restart after they turn it off once or it runs out of gas," Staley says.

Staley filled out a police report and is offering a $1000 reward for the safe return of her dog.

"I'm just thinking about my dog," says Staley. "I don't care about the car."