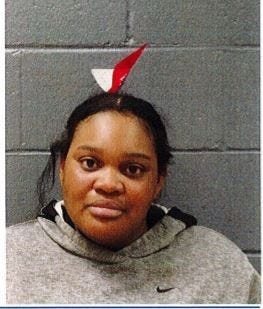 BOSTON (1080 KRLD)- The Massachusetts State Police this month arrested a woman from north Texas who was wanted by police in DeSoto. 32-year-old Camilia Shene Johnson was arrested at Boston's Logan International Airport on September 5th while trying to board a flight to Istanbul, Turkey.

Johnson is wanted by DeSoto police on a charge of impersonating a lawyer. Police say they were approached by a DeSoto resident who had paid Johnson for legal services but later began to suspect she was not actually a lawyer.

Police say their investigation showed that Johnson had advertised herself as a lawyer on a number of legal web sites and maintained an office in Uptown Dallas with the name of "Ibrahim Johnson & Associates". However, she is not a member of the State Bar of Texas and is not licensed to practice law in the state. Police say Johnson is actually a convicted felon. Records show she was convicted on a felony charge of aggravated assault against a public servant in Collin County in connection with an incident in 2012.

Investigators say that since Johnson was taken into custody, they have also heard from another person in Flower Mound who paid her for legal services. They are trying to find any other possible victims in the north Texas area. They're asking anyone who paid her for legal services to notify their local police department and to reference DeSoto Police Department report number DE2007211 and Dallas County case number F20-21062 when filing the report.

Johnson will be returned to Texas to face a charge of  falsely holding oneself out as a lawyer, which is a felony.