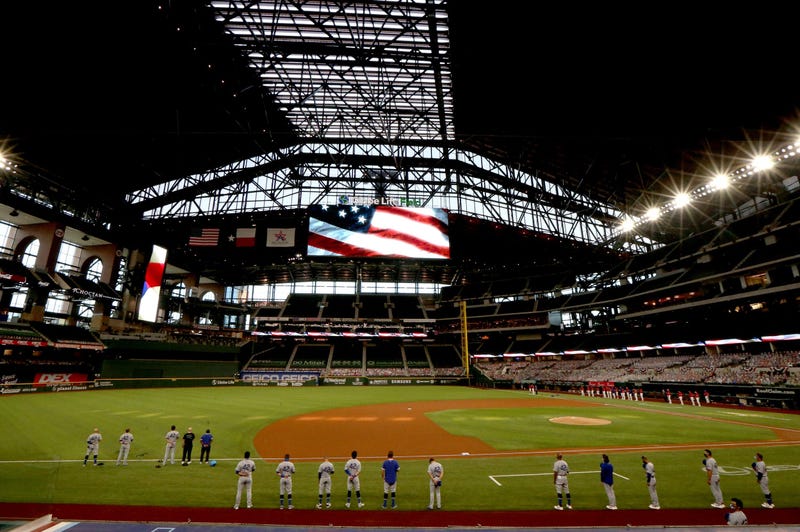 The 2020 Major League Baseball World Series will be played at Globe Life Field in Arlington, Texas.

The move to a one stadium deal is part of a bubble agreement between Major League Baseball and the MLB Players’ Association.

This is the first time the World Series has been played entirely at one site since 1944.

Game one of the 2020 World Series will be played on October 20th.

“In the view of our infectious disease experts, the biggest risk of exposure for players and staff is contact with family members and friends who have been exposed to COVID-19 in their communities,” Deputy Commissioner Dan Halem wrote in a memo sent to teams Monday night. “Nearly all of the positive test results that have been reported for players and staff in the last month can be traced back to contact with an infected family member, domestic partner, or friend outside of club facilities.”

The World Series was last played at one site in 1944 at Sportsman's Park in St. Louis, where the Cardinals beat the Browns 4 games to 2.

New York's Polo Grounds hosted all the games in 1921 and 1922, the last two seasons it was the home of both the New York Giants and Yankees. The Giants won both titles.