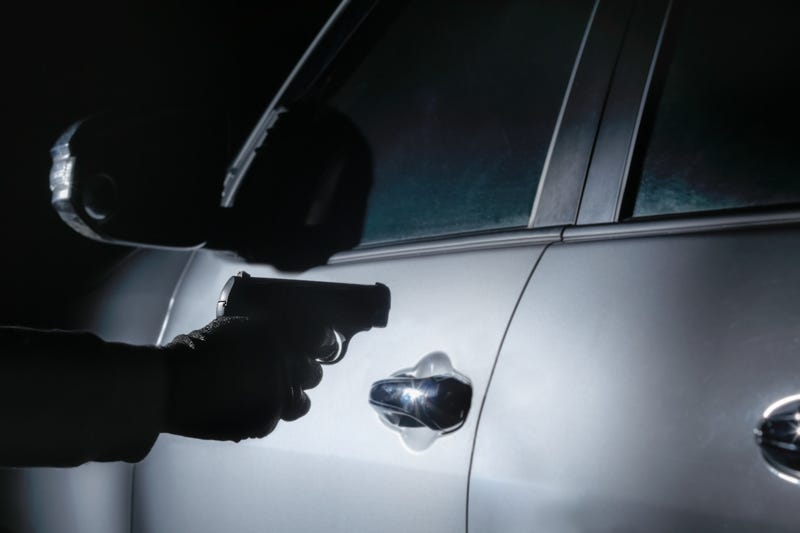 DALLAS (1080 KRLD) - Police in the Hurst-Euless-Bedford area are searching for two suspects, after three robberies occurred within a half hour.

These robberies appear to match a pattern of similar incidents that have taken place around the HEB area, as well as Arlington and Grand Prairie.

Euless police say around 10:18 p.m. Tuesday, two people were sitting in their car in a parking lot of an apartment complex on Ash Avenue. The suspects pointed a gun at them, demanding money. Neither victim had cash, but jewelry, credit cards and phones were taken from them.

Minutes later and four blocks away on Fuller Wiser Road, another man was robbed as he walked from the parking lot to his apartment. Again, the suspects held him at gunpoint demanding money, and again they got away with credit cards.

Police say a woman was also robbed around 11:30 last night, outside her apartment on Bear Creek Parkway, which is in the same radius as the first two complexes. However, she got away without handing anything over.

Police say it's not clear how these suspects choose their victims, but the method is the same each time.

The suspects are described as black men in their mid-20s, with slender builds and wearing ski masks with dark clothes. Police are working to find any concrete images of them. There is no description of a suspect vehicle.