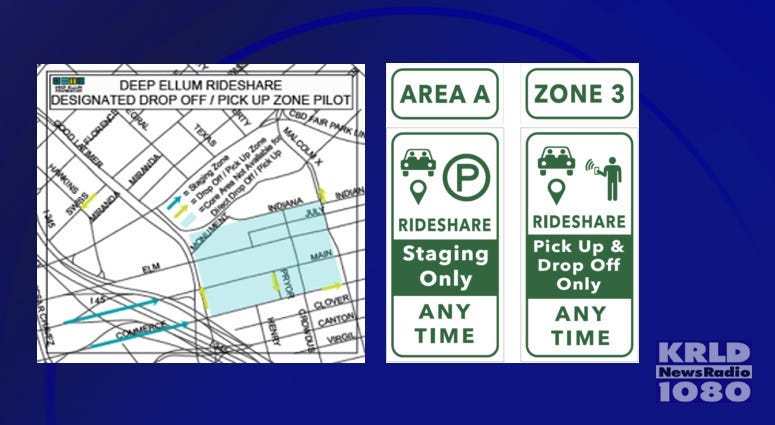 The city of Dallas has adopted new rules earlier this year, and the pilot project is starting Thursday.

Dallas has set up five locations in Deep Ellum where people can be picked up or dropped off. The city has also marked two staging areas where drivers can wait. The zones will be in effect 24 hours a day.

"You'll see rideshares piled up, waiting on some of the off-streets," Stephanie Hudiburg, executive director of the Deep Ellum Foundation, said earlier this year. "And when they're trying to pick up their rides, they'll go down Main or Elm, and they'll put on their flashers because they can't find their person, and their person can't find them."

Councilman Adam Medrano says the police and fire departments had contacted him, saying, in an emergency, a truck would not have been able to move through.

Uber and Lyft have agreed to use "geofencing" to show riders and drivers in Deep Ellum where to meet.

Deep Ellum is the second area in North Texas with restrictions on rideshares. DFW Airport has also set up designated pick-up and drop-off locations.

The restrictions in Deep Ellum are part of a pilot project. Pick-up and drop-off locations may change based on demand.