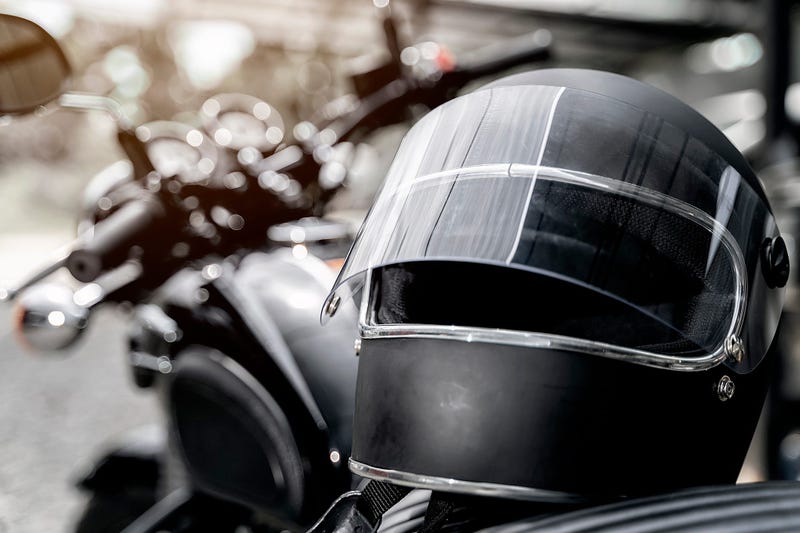 SOUTHLAKE (KRLD) - Police in Southlake are looking for motorcycle rider they say put one of their officers at risk through his actions on the road. The incident happened the afternoon of July 13th on Highway 114 and was captured on the officers dash-cam video unit.

The motorcycle officer was working traffic duty when a group of dozens of motorcycles surrounding a Chevy Tahoe passed him. "They were occupying the entire freeway, slowing down, speeding up, popping wheelies and standing on their seats," said Officer Brad Uptmore. "He went to pull over the Tahoe that was driving in the middle of them. The Tahoe is mounted with cameras and all these bikes are performing for the Tahoe."

As the officer approached the Tahoe on the highway, members of the biker group attempted to block him. "One of the motorcycles pulled quickly in front of him and was brake-checking him," said Officer Uptmore. Another motorcycle swerved dangerously close to the officer during the traffic stop.

The driver of Tahoe was cited for impeding traffic. The Southlake Department of Public Safety is attempting to identify the operators of the motorcycles in order to pursue criminal charges. They're asking anyone with information about the case to contact crime analyst Diana Smith at dsmith@ci.southlake.tx.us or to call 817-748-8240.

You may have seen a video clip on YouTube of part of this incident, but we thought we'd let you see the full version.On July 13th, 2019 at around 4:38pm, a group of motorcycles doing wheelies and stunts entered Southlake along Highway 114.1/ pic.twitter.com/IRczd6Syei