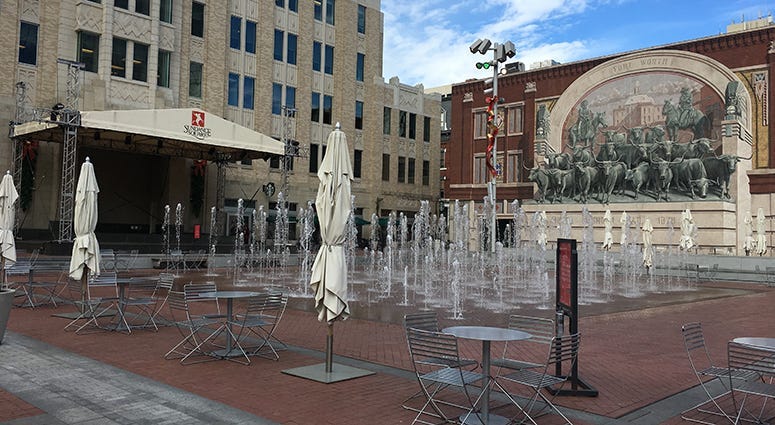 FORT WORTH (1080 KRLD) - With temperatures in the upper 90s, Sundance Square in Fort Worth is getting ready for Christmas. Sundance Square will show Dr. Suess' the Grinch Thursday evening.

"To be honest with you, summer was so late getting here, we kind of wondered if we'd get as much gang for the buck," says Sundance Square Chief Executive Johnny Campbell. "But it does appear that summer has arrived, based on the temperatures we're seeing now."

Sundance Square is planning "Christmas in July" on the plaza. In addition to the movie, the plaza will have fake snow and a photo booth where people can take pictures with seasonal props.

Sundance Square has partnered with the Fort Worth Animal Care and Control Center. The center will have dogs available to adopt. Each dog will come with a set of reindeer antlers.

"This, we hope, is an opportunity to bring along and help some of those who are working on great causes," Campbell says. "There should be plenty to do, and we think it'll be a lot of fun for families."

The movie will start at 8:30. Despite the heat, Campbell says fountains and shades in the plaza should combine with the later starting time to keep people comfortable.​ He says events on the plaza have remained popular even during the hottest parts of the year.

"We try to have an array of different events that fit a lot of different tastes because the idea is this is the living room of Fort Worth," Campbell says. "We want something for everyone."