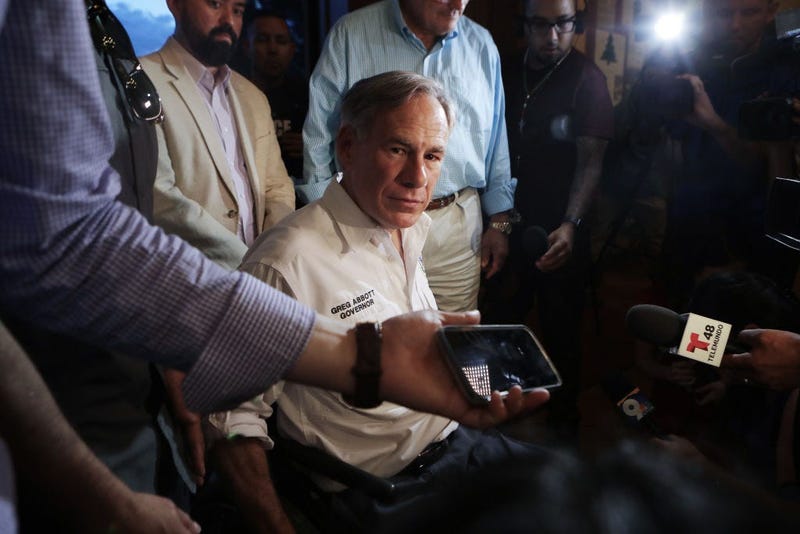 The governor joined President Trump and other elected officials on the visit.

In prepared remarks, Gov. Abbott first announced more than $5.5 million in immediate state funding to help with the recovery in El Paso.  That money will cover items like police overtime and crisis counseling for survivors of the attack and others experiencing trauma in the community.

Then, speaking with a determined tone, the governor said, "The people of Texas have been victimized by several mass shootings.  It must be stopped."

Gov. Abbott pointed to the progress made after last year's deadly attack at Santa Fe High School.  "And I'm proud to say that I signed 25 proposals into law in the aftermath of the shooting at Santa Fe.  Our goal is to show similar resolve and similar results responding to the shootings that took place here in El Paso." he said.

The governor said there were no detectable "red flags" on the El Paso suspect, who remains in custody.  He added he will direct state agencies to do more to find individuals and groups who may plot future attacks, "Identifying potential terrorists, identifying hate groups, identifying white racists, or any type of racists, who may pose a threat to anybody."

Gov. Abbott also announced a series of upcoming roundtable discussions with elected leaders and experts to develop meaningful solutions.  "The time for talking is over.  The time for action began today," he said.​