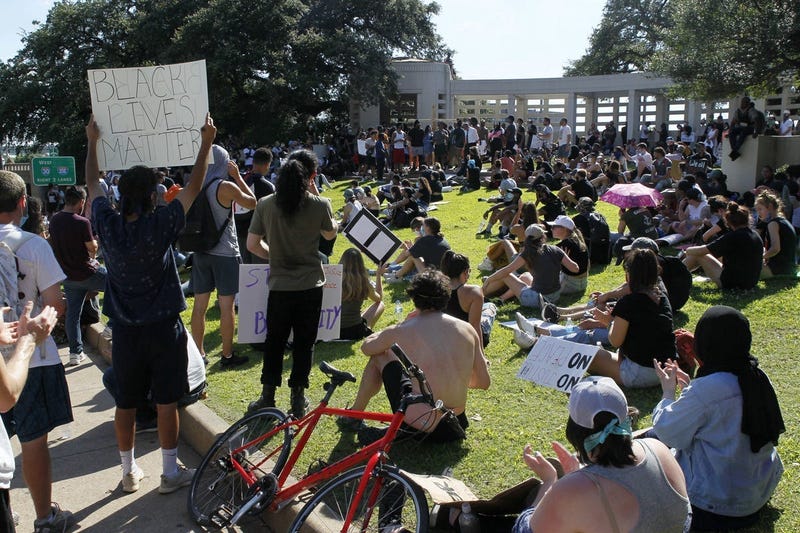 DALLAS (1080 KRLD) - A man from El Paso has been arrested after Federal prosecutors said he threatened to kill at least 200 "Black Lives Matter" protesters in the Dallas area.

Court papers say 42-year old Manuel Flores made the threat in a racist video he posted to YouTube, which has since been taken down from the website.

During the video, Flores is seated and visible only from the knees down with what appears to be an AR-15 style rifle resting on his feet.

Flores stated that he would be traveling on I-20 Eastbound through Dallas on Monday while daring individuals representing Black Lives Matter to “stop him.”   Flores further stated that “my dream is at least take out at least 200 [N******]” according to the US Department of Justice.

FBI agents picked him up in Dallas on Monday.

Flores is charged with one count of transmitting threatening communications.  He remains in the custody of the U.S. Marshals Service at this time awaiting transfer to El Paso.