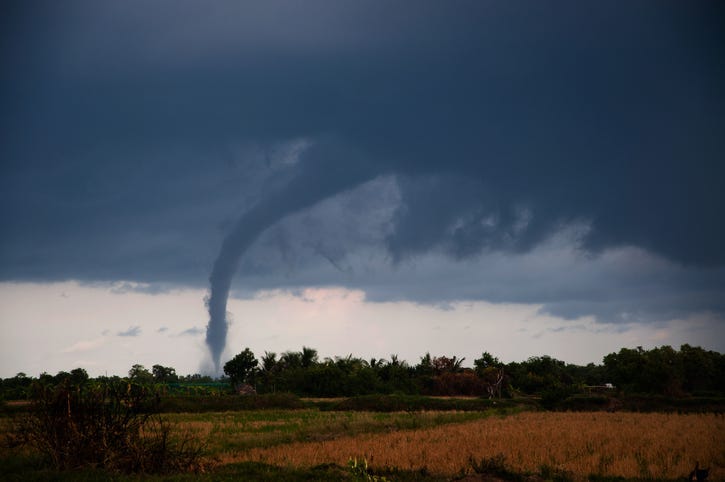 DALLAS (1080 KRLD) - Two children are among the people who were killed in severe weather in Texas this weekend.

Officials say an eight year old and three year old died when a tree fell on the car they were riding in in Lufkin.

At least four people died in the storms in Texas. A woman was killed in Houston County and another died at Caddo Mills State Historic Site. Several others at the park were hurt.

"We had five to ten people over here with head injuries," said one man at Caddo Culture Day. "Somebody was paralyzed from their neck all the way down."

In the nearby town of Alto, some homes were destroyed.

"I don't have a house. It's gone. There's nothing but a floor," says one woman who says she heard wind "roaring like a train."

Alto ISD has canceled school until further notice. Superintendent Kelly West posted a note on Facebook, saying several buildings were damaged and crews would need to inspect the structural integrity of all schools before classes could resume.

"Please pray for our children, their families, and our community," West wrote in the note.

"There's a lot of stuff to do, and they're just overwhelmed," says the group's Rand Jenkins. "To have this burden of, 'Wow, I just went through a tough situation, and now look at all this clean-up. How do I do that?'"

Jenkins says the group would also send a fuel trailer and equipment to cook hot meals. He says Texas Baptist Men is preparing to spend at least two weeks in areas affected by the storms.