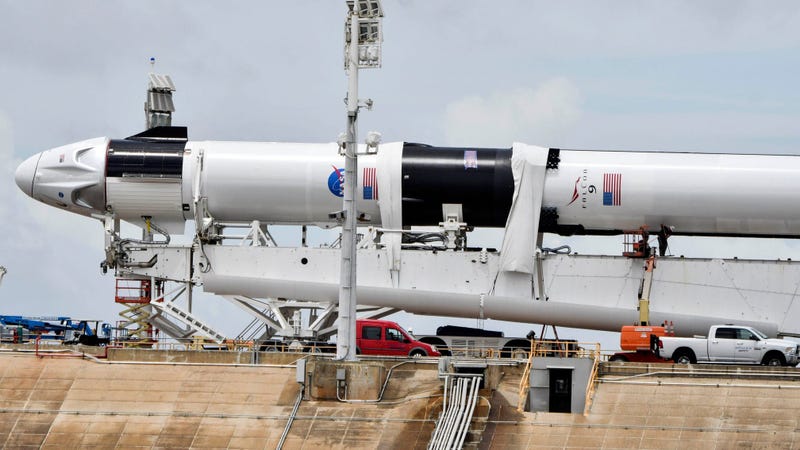 For the first time since 2011, astronauts will be launched into space from U.S. soil.

NASA and SpaceX say Wednesday afternoon's launch of Crew Dragon aboard a Falcon 9 rocket is a go.  Blastoff of America's first commercial human spaceflight is scheduled for 3:33 p.m. CDT.

The historic launch will take place from Complex 39A at NASA's Kennedy Space Center in Florida.  It's the same spot where the agency sent humans to the moon for the first time, and 39A was also the launch spot for the first (1981) and final (2011) Space Shuttle missions.

A pair of Texans, Doug Hurley and Bob Behnken, will be carried to the International Space Station by the SpaceX vehicle.  Both are Shuttle veterans.