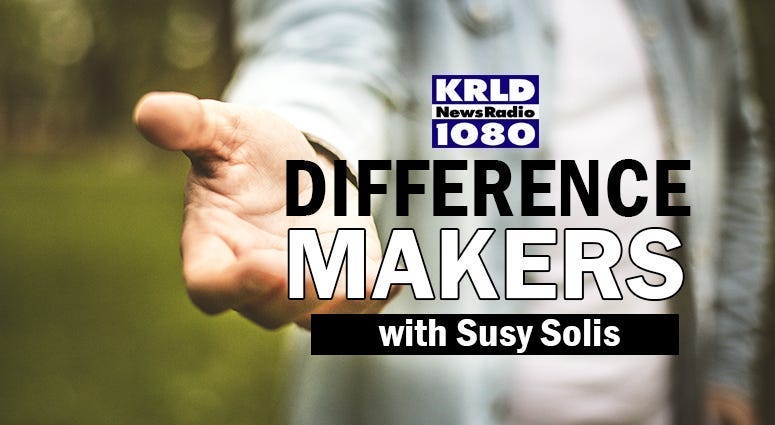 Her restaurant brought the community together for close to 10 years...but it wasn't just the good food that brought them there.

For years, Emilia Flores brought people together over tacos at her restaurant, the Taco Stop, in the Design District.

"It's like when you give people flowers. There's always a smile on their faces," said Emilia. "The same thing happens with tacos. It's really a bridge to communicate with people and people feel nurtured by food, particularly good food." During the winter, people would stop by not just for the tacos but to drop off or pick up a warm coat, no questions asked.

"For people who needed the jackets, I think the beauty of something like that is that I think that for all communities it's really hard to ask for help. So if you're going through a rough time you just go in, grab what you need without having to ask." she said.

Over the years, Emilia estimates thousands of coats have been exchanged.

It's part of a philosophy that Emilia lives everyday called compassion in action.

"It's not enough to feel bad about things that other people go through, but you have to do something about it to the best of your ability," she said.

The idea came from a trip to Mexico where she saw a coat exchange and thought it was a beautiful way to help people in need. She brought it to Taco Stop and the rest is history.

"It's a reminder that you can always do something to help somebody else," she said.

But then the pandemic struck in March and foot traffic diminished for months. Despite the difficult circumstances, Emilia found a way to give by donating hundreds of tacos to frontline workers.

"I was still open and I figured if I was still open then I could also help. All these people that were putting themselves at risk and had to no time to be home and they needed a little pat on the back," Emilia said. "So I did it the first few times and then eventually some patrons would ask me how much 200 tacos would be and we'd donate them to various places."

After months of struggling to keep the business open, Emilia had to make a difficult decision.

"I tried to hang in there as long as I could. Its not easy to shut down after you've put in so much hard work into something, but everything has a beginning and an end and it was probably time for us to close," she said. But closing up shop doesn't mean that Emilia will stop giving. She's going to take some time off to regroup and says she still plans to create a pop-up coat exchange this winter somewhere in the Design District.

If you know someone who is making a difference the community, send Susy an email at susy.solis@entercom.com