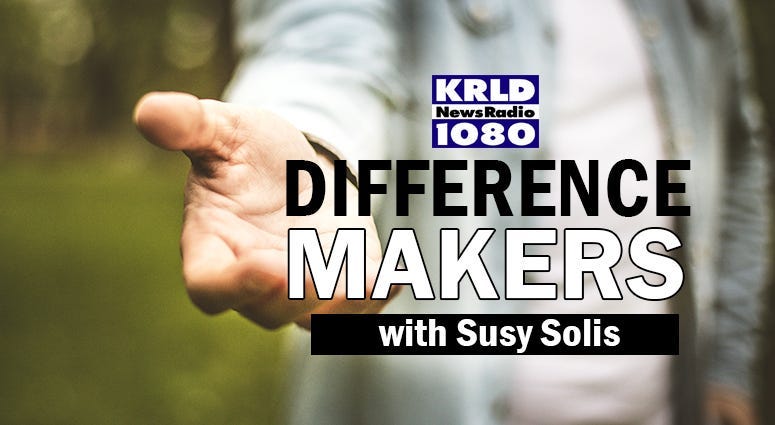 John Bush is not a police officer, but he still serves his community.

Fifteen years ago Bush took a class and began volunteering for the Grapevine Volunteers in Police Service, or VIPS, doing citizen patrol.

Normally, it's a pretty laid back job.

"We do motorist assists. If someone has car trouble, we'll pull in behind them and block traffic. We'll assist them in getting a ride or a tow, or if they need gas, we'll take them to get fuel," John said.

But one Sunday as he drove through Oak Grove Park to checks things out and make sure everyone at the trails is doing okay, he was flagged down because a bicyclist was having chest pains.

John radioed into dispatch and an ambulance was sent to their location. Paramedics took the man to the hospital. Meanwhile, the man's wife was still on the trail so John found her and told what happened. She didn't have her car keys so John took her to the hospital to join her husband and waited till their son showed up at the hospital and they had everything they needed before leaving.

The man had a heart attack but because they sprung into action, he's doing okay now.

"We heard from the family that he is at home resting. It looks like he's doing okay," John said.

For John, volunteering is a great way to stay connected to the community.

"I'm retired and I enjoy working for the community and the camraderie with my fellow volunteers, and the officers and civilians that work at the police department," John said. "You know, it's one big family and it's pretty rewarding to help out and offer assistance when necessary."​

If you know someone who is making a difference in the community, send Susy an email at susy.solis@entercom.com