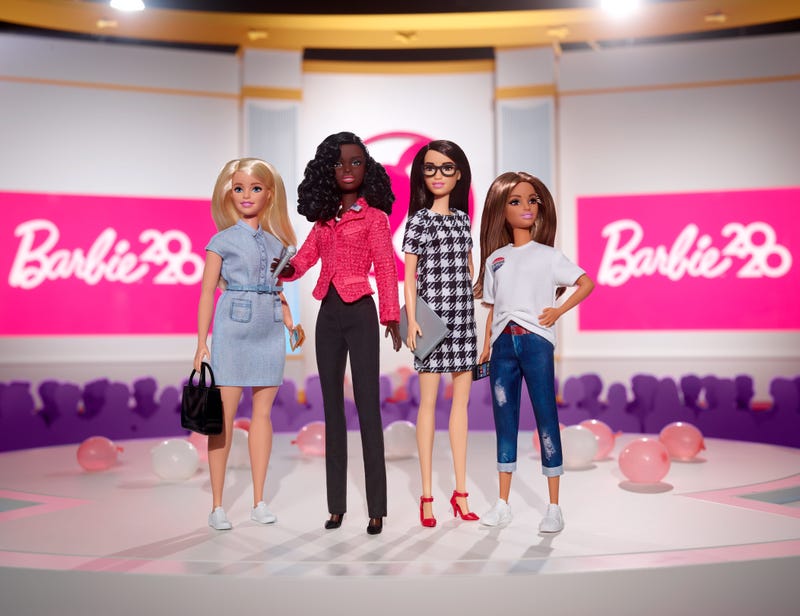 The new doll set includes four diverse dolls with roles that make a winning campaign, including candidate, campaign manager, fundraiser, and voter, "to show girls the importance of a political team working together to win," Mattel said in a release.

According to Mattel, with seven runs for office since 1992, Barbie has a long history of showing girls they can and should be in office. Ahead of the 2020 election, Barbie is launching this new doll set, alongside a full marketing program aimed at the next generation of leaders by highlighting the importance of voting, taking a stand, and showing girls how to run a campaign.

Barbie has also teamed up with She Should Run, a non-partisan non-profit that provides guidance and support to women considering a run for office, Mattel said. With a continued effort on determining how to foster girls’ leadership ambition, Barbie and She Should Run are directly addressing the top barriers to girls’ leadership, which are "self-limiting beliefs that are in line with what the brand seeks to address through the Barbie Dream Gap Project," the company said in a release.

The Barbie Career of the Year Campaign Team giftset with four 12-inch dolls and accessories costs $39.99 and is available from major online retailers now.