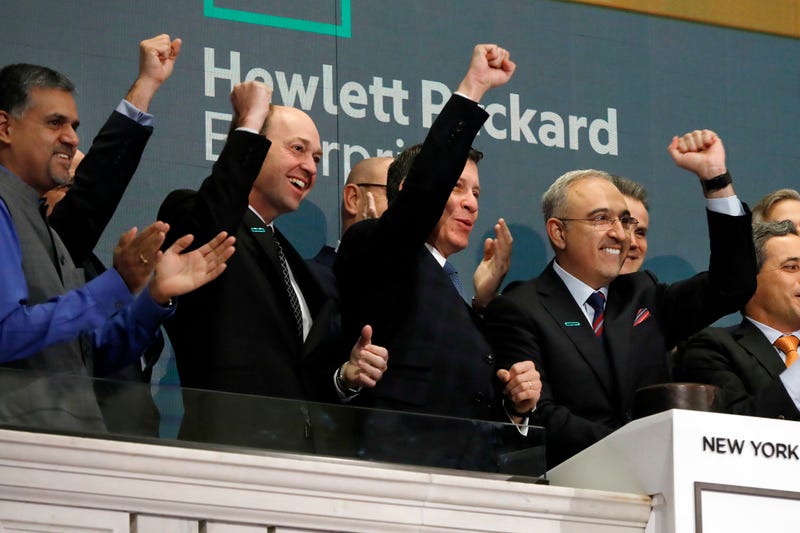 Tech giant Hewlett Packard Enterprise said it is moving its global headquarters to the Houston area from California, where the company's roots go back to the founding of Silicon Valley decades ago.

Texas Gov. Greg Abbott’s office announced that the relocation will increase the company's presence in the area, which is already home to more than 2,600 employees. The company also has locations in Austin and Plano.

BREAKING: Hewlett-Packard is relocating its Headquarters to Houston, Texas.

Texas remains the best place in America to do business.

HPE is building a 440,000-square-foot campus in two five-story buildings in the Houston suburb of Spring. The campus is set for completion in 2022.

“As we look to the future, our business needs, opportunities for cost savings, and team members’ preferences about the future of work, we are excited to relocate HPE’s headquarters to the Houston region,” CEO Antonio Neri said in a written statement Tuesday.

The Fortune 500 company said there are “no layoffs associated with this move" in a quarterly earnings report news release. It also said that San Jose, its current home, will be a “strategic hub for HPE innovation" where the company will consolidate several hundred jobs from other sites around the San Francisco Bay Area.

Hewlett Packard Enterprise was created in 2015 when the computer hardware pioneer Hewlett-Packard Inc. broke into two parts after years of struggling to keep up with industry trends, such as consumers’ shift away from personal computers.

The split left one new company, HPE, concentrated on the business of selling data center hardware and business software, while another new company, HP Inc., kept the legacy PC and printer operations. HP Inc. is still headquartered in Palo Alto, California, and remains the bigger of the two companies in terms of revenue.

But a piece of the original HP brand moving out of Northern California is a loss, at least symbolically, for the tech industry that electronics pioneers William Hewlett and David Packard helped start in a Palo Alto garage in 1939. A plaque outside the home where they worked on their first product, an audio oscillator, calls it the birthplace of Silicon Valley, the “world’s first high-technology region.”

Neri told the San Jose Mercury News that the new tech hub in San Jose will be an important site “where we showcase all of our technology."

“We are incredibly committed to Silicon Valley,” he said.

music
Eva Mendes takes break from social media: 'My little one told me I was on the phone too much’
sports
Eric Bieniemy, Leslie Frazier to have second interviews with Texans: report
sports
Tom Brady has potential to make a lot of money over next few weeks
music
Katie Couric’s ‘polarizing’ comments have ‘Jeopardy!’ producers ‘worried’ ahead of hosting gig: Report
news
Museum receives revenue boost selling Bernie Sanders viral meme t-shirts and mugs
news
Godiva closing all 128 chocolate stores in North America amid pandemic