"When temperatures drop as quickly as they did, it is not unusual for people to not expect it and keep doing the things they would normally do when it's a bit warmer," says MedStar's Matt Zavadsky. "When people are outside and they're not wearing their jacket, that's when we see that sort of quick spike in cold-related injuries."

Zavadsky says he cannot find calls related to cold weather coming this early in at least the past five years.

"This cold weather, this early in the year, is certainly beginning to take its toll on some of our residents," he says.

Zavadsky says older people, people who work outside, the homeless, people who "drink alcohol in excess" or use drugs, and babies sleeping in cold rooms are at the greatest risk for issues such as hypothermia.

In addition to cold weather, the rainfall Monday led to an increase in crashes. Zavadsky says MedStar responded to 45 crashes Monday morning, compared to just ten crashes the Monday before.

"We really want to encourage people to also be very careful in this type of weather to make sure you drive as carefully as you can to prevent us from meeting you by accident," he says 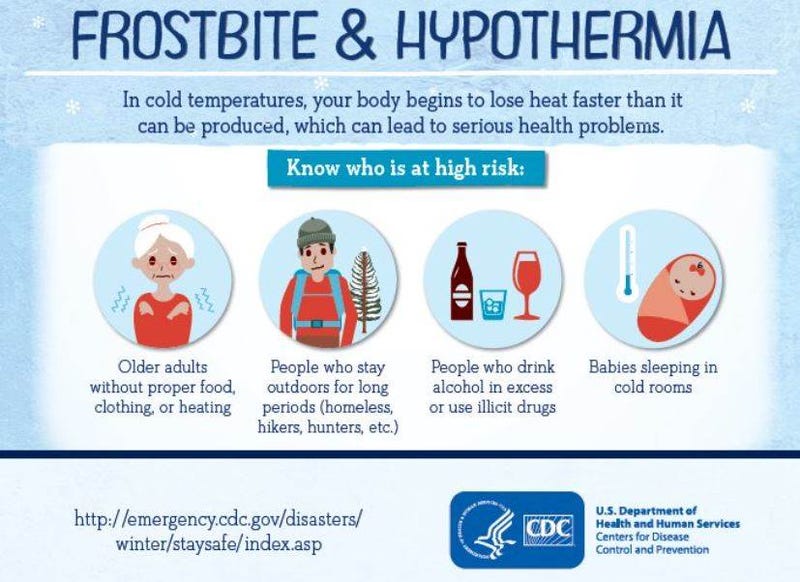