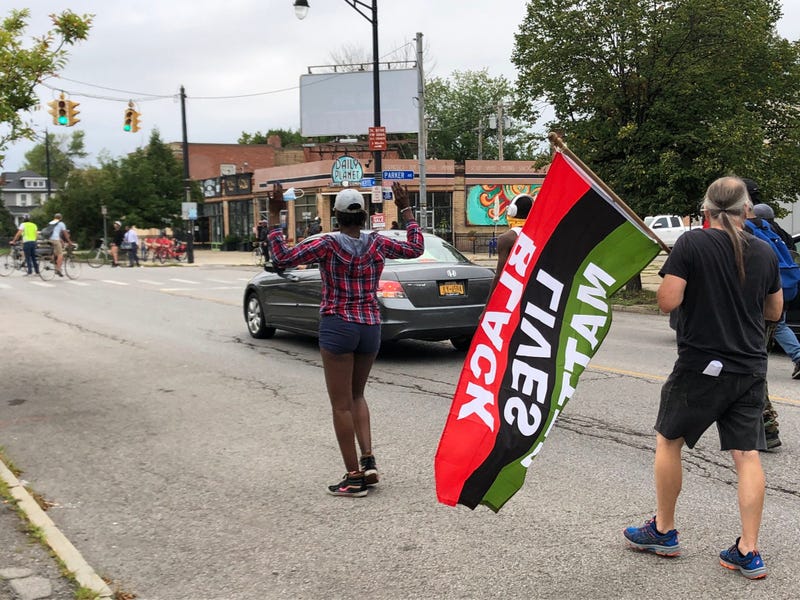 The march lasted several hours, beginning at Main Street, walking and chanting all the way down past Elmwood Avenue, and then returning to the original gathering spot on Main Street.

RIGHT NOW: More than 100 demonstrators gathering at the corner of Main & Hertel for a #blacklivesmatter march in solidarity with the current march on Washington DC. @NewsRadio930 pic.twitter.com/vwBlEJGUg7

Tensions got high near Wellington, but it appears cooler heads are prevailing. The march down Hertel continues. @NewsRadio930 pic.twitter.com/dQqaSsYFAA

Protesters have stopped for a brief rally at Hertel & North Park. All calm. @NewsRadio930 pic.twitter.com/HzDUSYCuRv

This march was organized by the WNY Liberation Collective and the WNY Peace Center, and the goal was to continue to bring awareness to "society's ongoing social issues, including racial injustice and police brutality."

Of course, this march came at the end of a week filled with protests around the country in reaction to the police shooting of Jacob Blake, a Black man, in Kenosha, Wisconsin, on Sunday.

The message from organizers prior to the march was a simple one:

Bring your masks, your friends, your signs, your voices, hearts and minds. Wear black. Stay safe and vigilant.