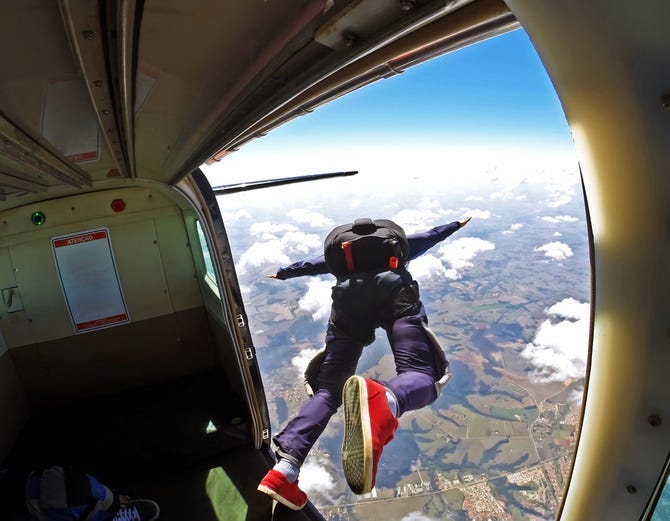 (WWJ) Parachuting from an airplane in a downtown center — what could go wrong?

This, this is what could go wrong.

A 35-year-old man parachuted into a downtown apartment building, hanging suspended 40 feet in the air until he was rescued.

When parachuting in The Land goes wrong 🪂😅 🎥 @swick_ @lexisepulveda

An onlooker caught it on video.

“Look at bro though,” the witness said as the man careened toward the building.

Per the New York Post, the man told cops he and four others umped from a plane at about 2 a.m. Sunday for reasons unknown. Four of his pals landed safely.

The man who didn't manage to land safely was rescued by Cleveland firefighters.
He escaped with his life but suffered a broken ankle.