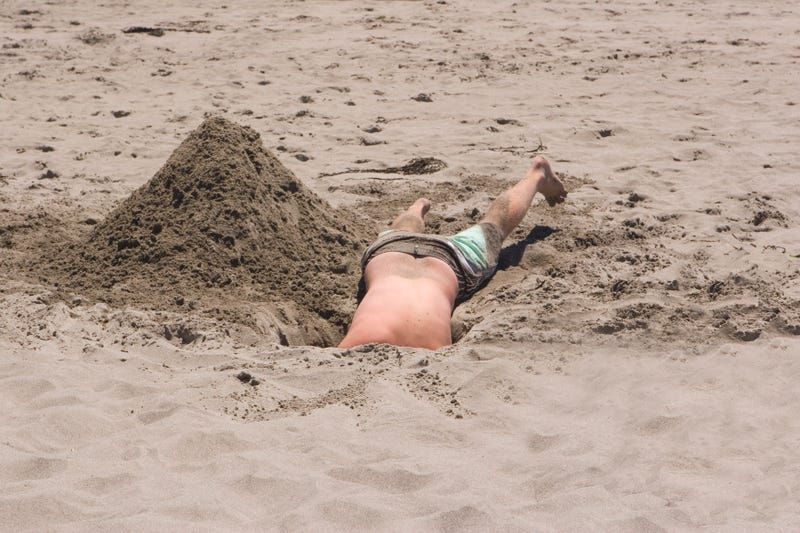 A large, gurgling hole has popped up on a South Florida beach.

Last week, crowds gathered at Juno Beach for the Loggerhead Marinelife Center’s turtle release, but the main spotlight of the event was arguably an ominous beach hole.

WPBF-TV reported that hundreds of people came out to Juno Beach to watch the turtle release from Loggerhead Marinelife Center. But the vibe of the day turned when parents started noticing seaweed and seasheels being pulled under the sand.

MYSTERY HOLE: A hole bubbling with water on Juno Beach has sparked some concern among curious beach goers. Turns out,...

"I stuck my leg in, and without any pressure or any resistance from the sand beneath, the water and sand instantly sucked me in, up to the very top of my hip. I was able to pull back out, but I could feel the suction from beneath, both my kids were scared to death," mother Jodi Jaroschak told the station.

They said it's happening because a drainpipe is now emptying into wet sand instead of dry sand because the beach has narrowed so much.

I'll stick to the pool this weekend.