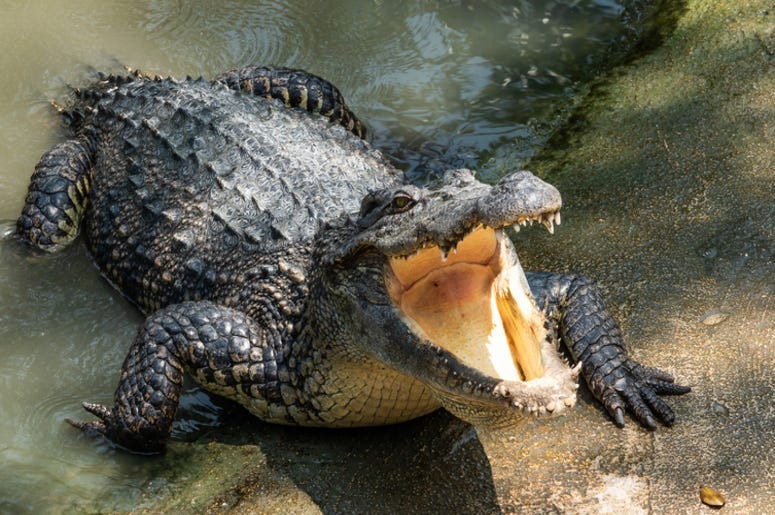 When it comes to fishing, most people are forced to wait hours for the excitement of actually catching a fish.

When that first bite eventually comes, the thrill of reeling in the line to see what’s on the other end makes the wait worth it. One fisherman in Australia got a little more than he was expecting when he pulled up a crocodile on his line.

As seen in the now viral video, the fisherman reels in his fishing line only for a crocodile to emerge from the water. While most would give up on their pole due to fear, this fisherman held on and fought for his pole for the entirety of the video.

“Anyone want to get that back for me?” the man in heard saying in the clip, per Fox News.

The video has since been shared over 11,000 times with many viewers expressing shock that he managed to fight off a crocodile for that long and actually held his ground.

When the reptile finally snaps away, the fisherman reveals a completely destroyed lure.

Maybe next time he'll catch something he can actually safely reel in.