However, there is another location still standing, albeit vacant and abandoned, in Ontario, Canada. One man, Andrew Stuart, has started a petition to not only save one of these last bastions of VCR nostalgia on the face of the Earth, but to convert the location into a Blockbuster museum, reported the Windsor Star.

"Just outside Owen Sound, Georgian Bluffs has one of the last intact Blockbusters in the world. This site is of great importance to millions of people across the globe who grew up with this icon. Imagine getting to share the magic of Blockbuster with future generations by keeping this potential museum intact.

This historic building could provide some much-needed tourism and economic growth to the area for Owen Sound and all of Grey Bruce. I know I stop in and reminisce from time to time."

As of Wednesday, nearly 2,500 people have signed on to turn the Blockbuster into a legit cultural institution. 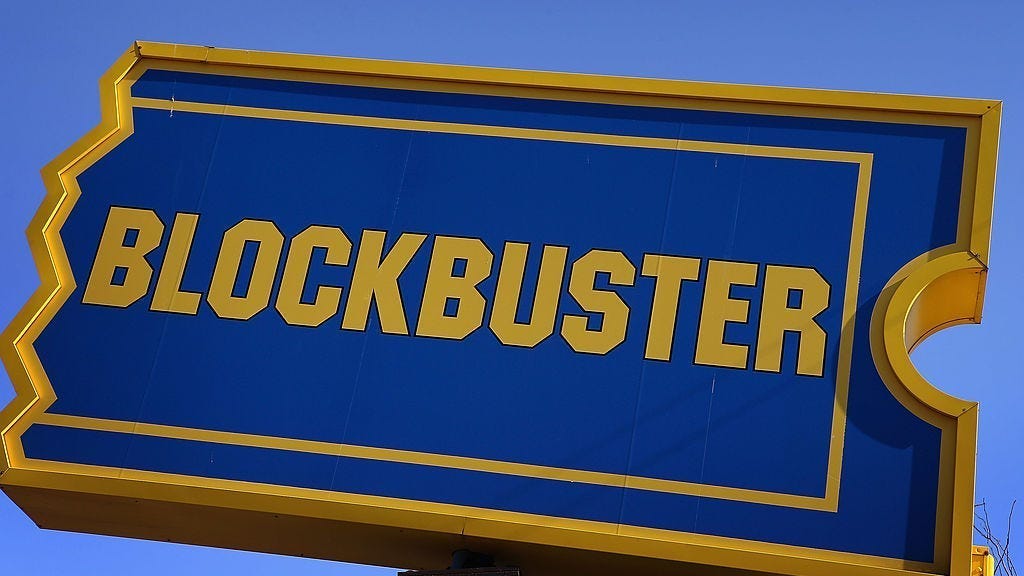 The World's Last Blockbuster Is Hosting 90s-Themed Sleepovers Through Airbnb

At the height of its success in 2004, Blockbuster had more than 9,000 stores operating worldwide. Blockbuster filed for U.S. bankruptcy protection in 2010 and by early 2014 had closed almost all of its 300 stores.

Spooky season at the last Blockbuster 🎃👻 We still have a ton of merchandise for everyone trying to be blockbuster employees for Halloween on bendblockbuster.com

A post shared by The Official Last Blockbuster (@blockbusterbend) on Oct 9, 2020 at 1:35pm PDT