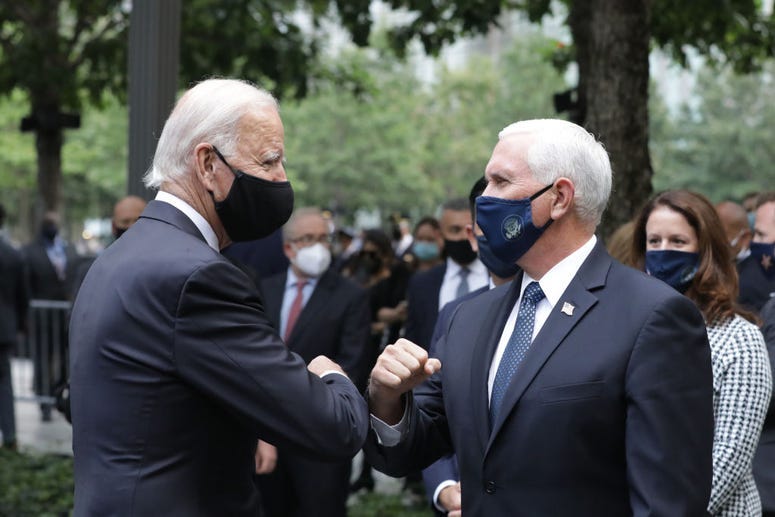 Biden was with his wife, Jill Biden, as well as Gov. Andrew Cuomo and Sen. Chuck Schumer.

The current and former vice president both wore masks as they briefly spoke to one another. They also stood near each other as the names of victims were read.

Pence and his wife, Karen Pence, also attended the 9/11 commemoration organized by the Tunnel to Towers Foundation, which took place near the memorial. 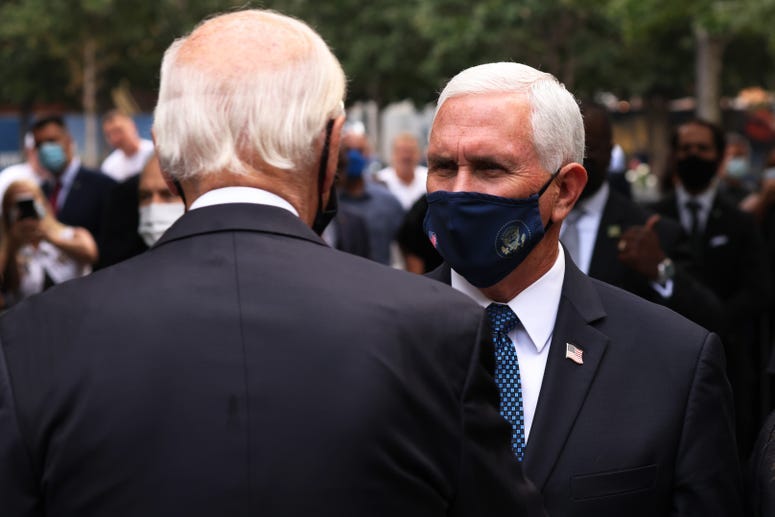 Biden was scheduled to visit Shanksville, Pennsylvania, later on Friday. Earlier in the day, President Donald Trump spoke at the Flight 93 Memorial there.