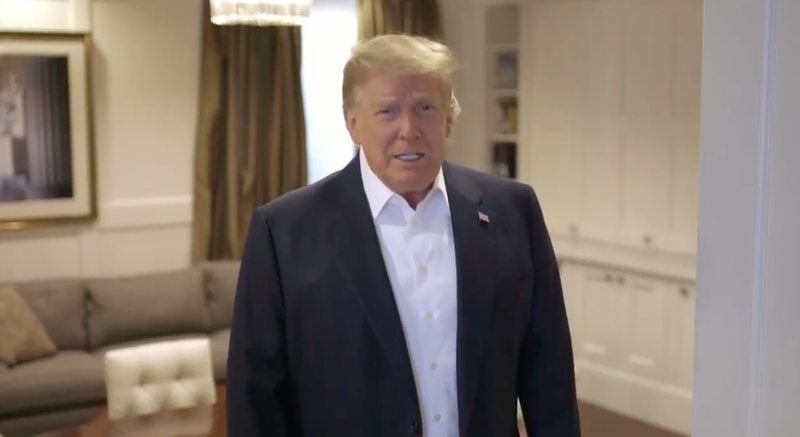 President Donald Trump addresses the nation in a Twitter video before leaving the hospital briefly to greet supporters outside. Photo credit WBBM/ Twitter
By Associated Press

BETHESDA, Md. (AP) — President Donald Trump declared, "I get it," in a message to the nation Sunday evening before briefly leaving the hospital to salute cheering supporters from his motorcade. The surprising move raised new questions about his understanding of the deadly coronavirus that has killed more than 209,000 Americans.

Hours earlier, the president's medical team reported that his blood oxygen level dropped suddenly twice in recent days. The doctors also said his health is improving and that he could be discharged as early as Monday.

"It's been a very interesting journey. I learned a lot about COVID," Trump said, standing in his hospital room in a video posted on social media. "I learned it by really going to school."

At least one medical professional inside Walter Reed National Military Medical Center, where Trump has been hospitalized since Friday evening, questioned whether Trump had really learned anything about the virus that has swept through Republican leadership.

"Every single person in the vehicle during that completely unnecessary presidential 'drive-by' just now has to be quarantined for 14 days. They might get sick. They may die. For political theater. Commanded by Trump to put their lives at risk for theater. This is insanity," Dr. James P. Phillips, an attending physician at Walter Reed, tweeted.

Trump's doctors revealed Sunday that they gave the president a steroid treatment typically only recommended for the very sick. But they sidestepped questions about exactly when Trump's blood oxygen dropped — an episode they neglected to mention in multiple statements the day before — or whether lung scans showed any damage. 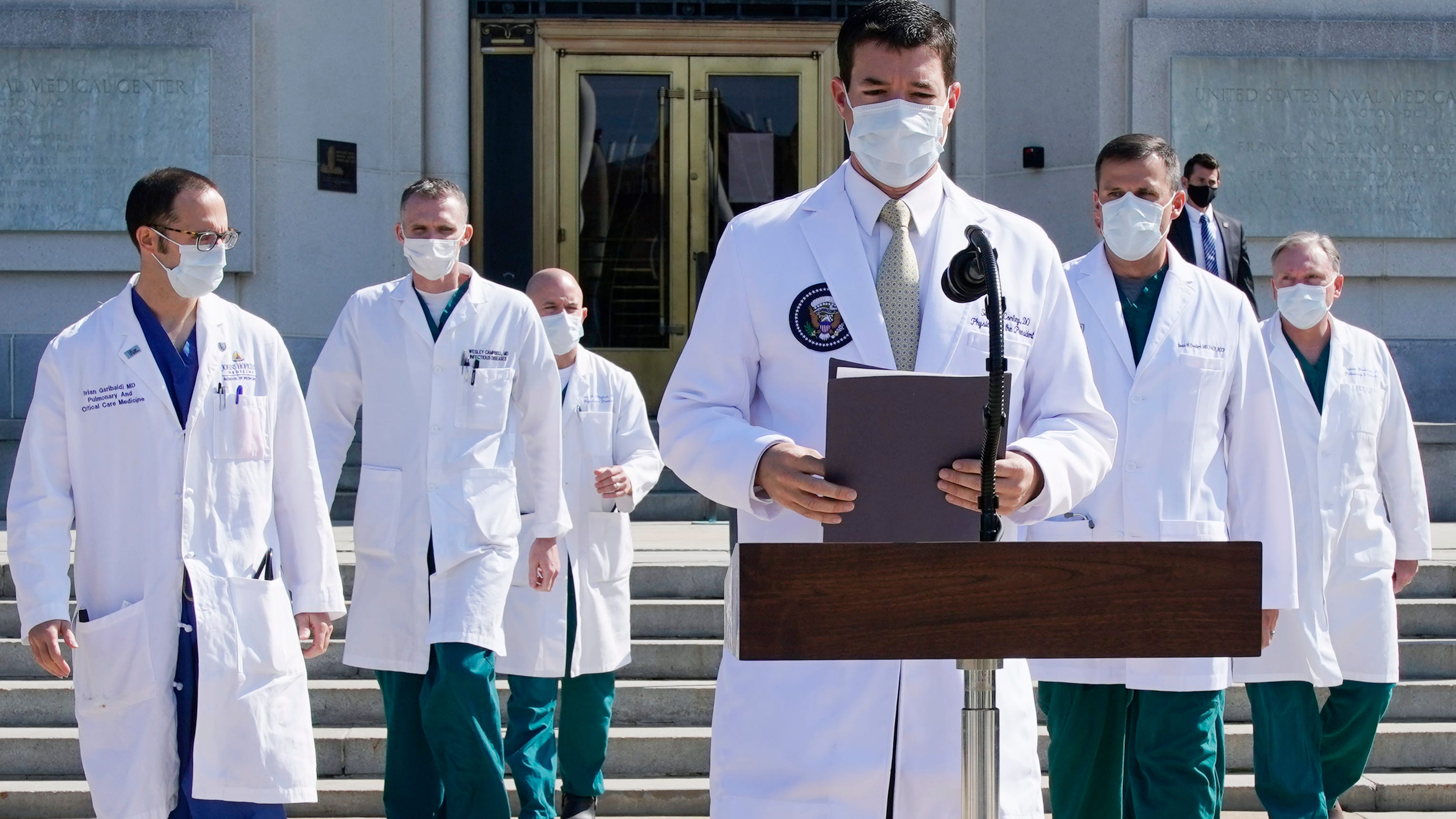 It was the second straight day of confusion and obfuscation from a White House already suffering from a credibility crisis. And it raised questions about whether the doctors treating the president were sharing accurate, timely information with the American public about the severity of him condition.

Pressed about conflicting information he and the White House released on Saturday, Navy Cmdr. Dr. Sean Conley acknowledged that he had tried to present a rosy description of the president's condition.

"I was trying to reflect the upbeat attitude of the team, that the president, that his course of illness has had. Didn't want to give any information that might steer the course of illness in another direction," Conley said. "And in doing so, came off like we're trying to hide something, which wasn't necessarily true. The fact of the matter is that he's doing really well." What we know, and what we don't, about Trump's diagnosis

Medical experts said Conley's revelations raised new questions about how ill the president was and are hard to square with the doctor's upbeat assessment and talk of a discharge.

"There's a little bit of a disconnect," said Dr. Steven Shapiro, chief medical and scientific officer at the University of Pittsburgh Medical Center.

Blood oxygen saturation is a key health marker for COVID-19 patients. A normal reading is between 95 and 100. Conley said the president had a "high fever" and a blood oxygen level below 94% on Friday and during "another episode" on Saturday.

He was evasive about the timing of Trump oxygen drops. ("It was over the course of the day, yeah, yesterday morning," he said) and asked whether Trump's level had dropped below 90%, into concerning territory. ("We don't have any recordings here on that.") But he revealed that Trump was given a dose of the steroid dexamethasone in response. Trump said to be improving but next 48 hours 'critical'

At the time of the briefing, Trump's blood oxygen level was 98% — within normal rage, Trump's medical team said.

Signs of pneumonia or other lung damage could be detected in scans before a patient feels short of breath, but the president's doctors declined to say what those scans have revealed.

Asked about Conley's lack of transparency, White House aide Alyssa Farah suggested the doctors were speaking as much to the president as to the American public, "when you're treating a patient, you want to project confidence, you want to lift their spirits and that was the intent."

Trump was back on social media Sunday.

First he shared a video of flag-waving supporters outside the hospital, many of them not wearing face masks to prevent spread of the virus. And later, he sent his loyalists a direct message on Twitter: "The fact is, they really love our Country and are seeing how we are MAKING IT GREATER THAN EVER BEFORE!" 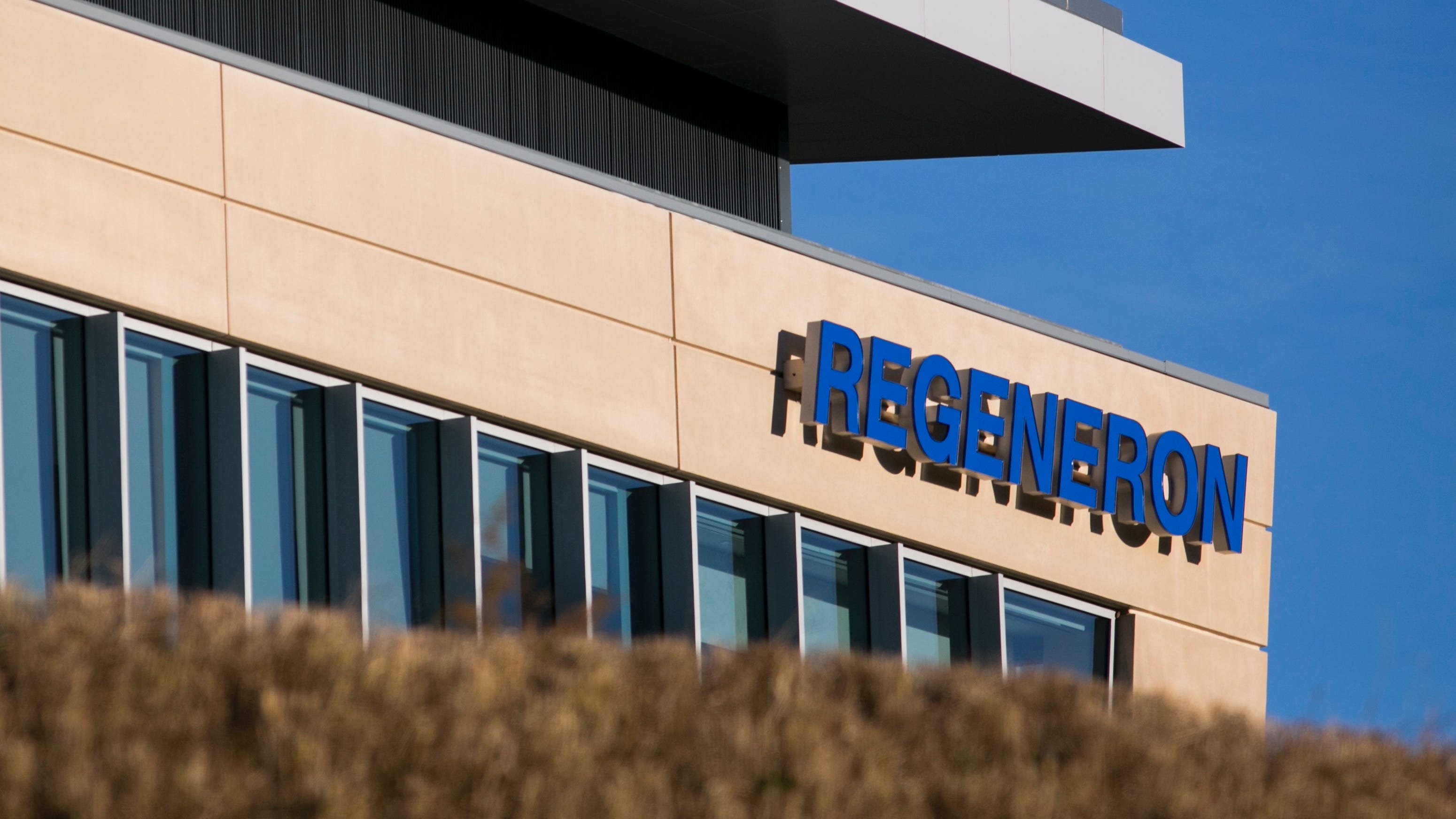 The viral antibody cocktail Trump took is being studied in Chicago

Trump's Democratic challenger, Joe Biden, pulled his attack ads off the air during Trump's hospitalization, and on Sunday, he dispatched senior aides to deliver a largely friendly message.

"We are sincerely hoping that the president makes a very quick recovery, and we can see him back out on the campaign trail very soon," Biden adviser Symone Sanders said on CNN's "State of the Union."

She added, "This is a glaring reminder that the virus is real."

Biden was at home in Wilmington, Delaware, on Sunday with no plans for in-person campaigning or other public appearances. Having already tested negative, he is expected to release the results of a new coronavirus test later in the day. His campaign has pledged to disclose those results and all other future test results for the 77-year-old candidate.

On Saturday, White House chief of staff Mark Meadows contradicted the rosy picture painted by Trump's doctors when he told reporters outside the hospital, "We're still not on a clear path yet to a full recovery." Hours later Trump's chief doctor added that the president was "not yet out of the woods."

On Sunday, Conley's assessment was more positive and another member of the president's medical team, Dr. Brian Garibaldi, said Trump "has been up and around" and "feels well." 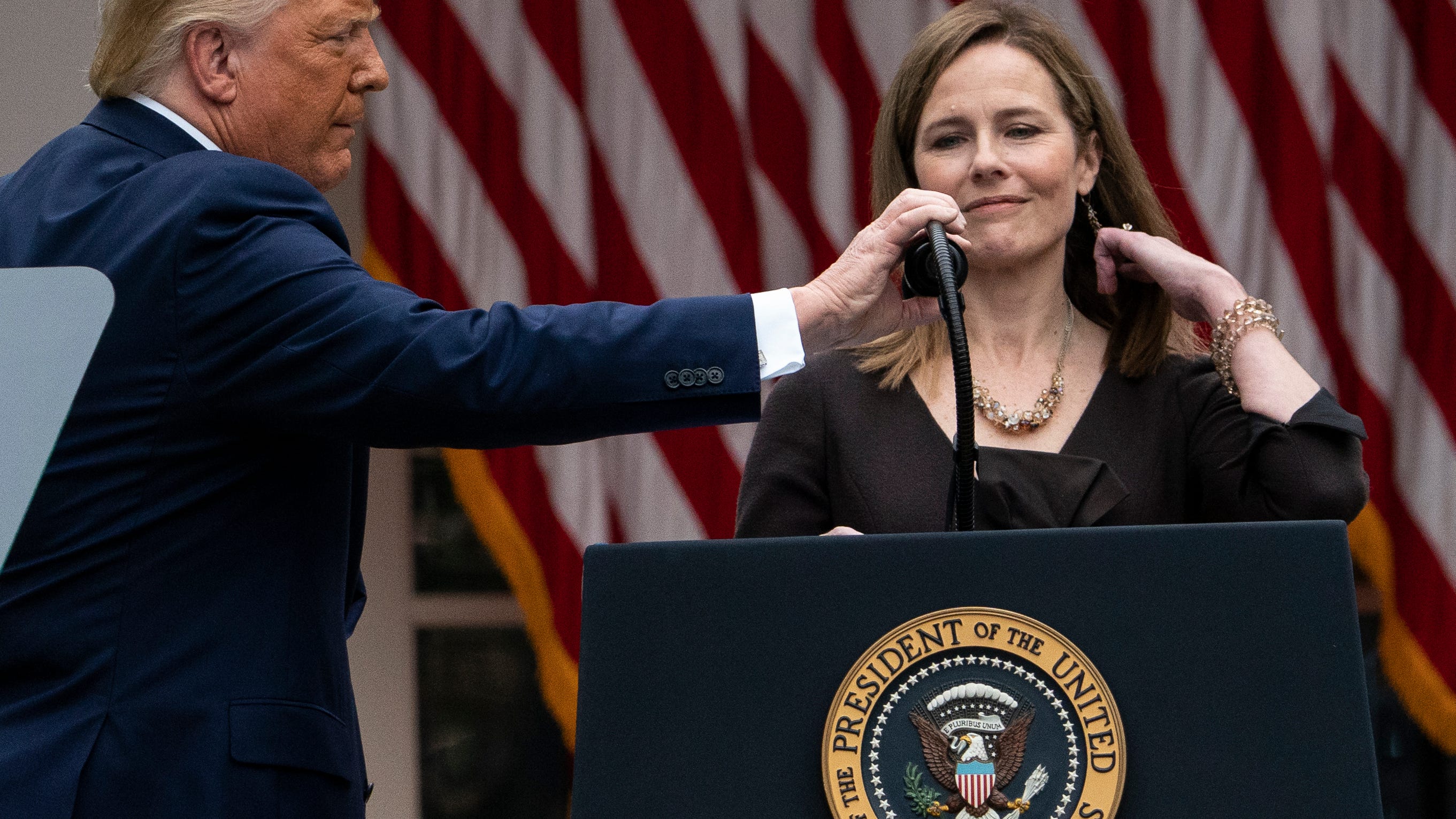 "Our plan for today is to have him eat and drink, to be up out of bed as much as possible, to be mobile," Garibaldi said. "And if he continues to look and feel as well as he does today, our hope is that we can plan for a discharge as early as tomorrow to the White House where he can continue his treatment course."

More than 209,000 Americans have been killed by the virus, by far the highest number of confirmed fatalities in the word. In all, nearly 7.4 million people have been infected in the United States, and few have access to the kind of around-the-clock attention and experimental treatments as Trump.

Trump's treatment with the steroid dexamethasone is in addition to the single dose he was given Friday of an experimental drug from Regeneron Pharmaceuticals Inc. that supplies antibodies to help the immune system fight the virus. Trump on Friday also began a five-day course of remdesivir, a Gilead Sciences drug currently used for moderately and severely ill patients. The drugs work in different ways — the antibodies help the immune system rid the body of virus, and remdesivir curbs the virus' ability to multiply.

Garibaldi, a specialist in pulmonary critical care, said the president was not showing any side effects of the drugs "that we can tell."

The National Institutes of Health COVID-19 treatment guidelines recommend against using dexamethasone in patients who do not require oxygen. It has only been proven to help in more serious cases. Among the concerns with earlier use is that steroids tamp down certain immune cells, hindering the body's own ability to fight off infection.

Trump is 74 years old and clinically obese, putting him at higher risk of serious complications.

First lady Melania Trump has remained at the White House as she recovers from her own bout with the virus. Trump's diagnosis shows US vulnerability to the coronavirus

Several White House officials this weekend expressed frustration with the way level of transparency and public disclosure since the president announced his diagnosis early Friday.

They were particularly upset by the whiplash between Conley's rosy assessment Saturday and Meadows' more concerned outlook. They privately acknowledge that the administration has little credibility on COVID-19 and that they have unnecessarily squandered what remains of it with the lack of clear, accurate updates on Trump's condition.

Most of that frustration appears to be directed at Trump himself, with aides believing that he has restricted what Conley can say or that Conley has tried to appease the president by presenting an optimistic outlook. They also blame Meadows for not establishing clear lines of communication and for making the situation worse Saturday.

Many in the White House are also shaken and scared — nervous that they have been exposed to the virus and confronting the reality that what seemed like a bubble of safety has become a COVID-19 hot spot. There has been no mass directive sent to staff on how they should respond.