The president, who was last seen on Election Night accusing Democrats and state-level officials of election fraud, discussed the supposed fraud as ballots continued to be counted against his wishes in critical swing states like Pennsylvania and Georgia.

In both states, numbers currently show Trump with a dwindling lead.

In Arizona and Nevada, states that could eventually swing the electoral map in rival Joe Biden’s favor according to various projections, President Trump is currently behind in the vote tally.

However, Biden’s lead in the overall popular vote is growing as more ballots are tabulated, leading to a flurry of lawsuits trying to halt counting altogether. 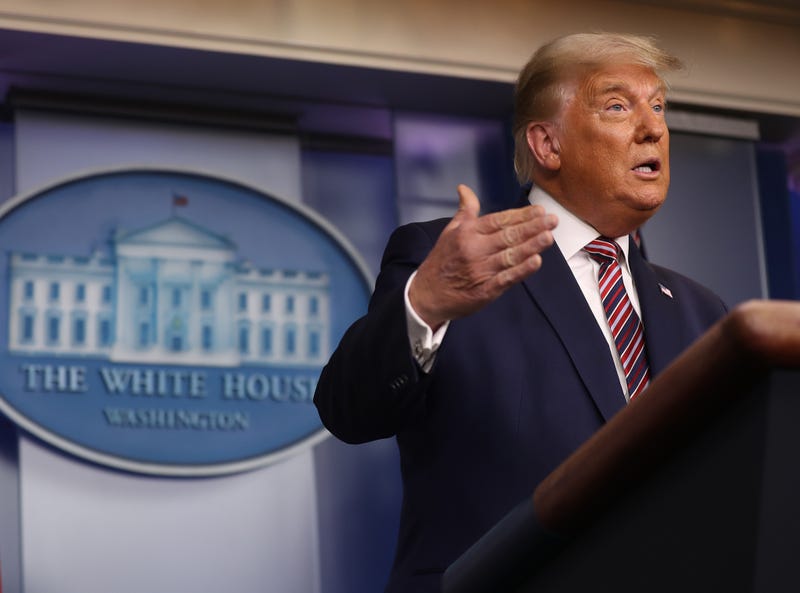 "I told everybody that these things would happen, because I’ve seen it happen," the president alleged without evidence. "I’ve watched a lot of different elections before they decided to go with this big, massive election with tens of millions of ballots going out to everybody. In many cases, it was totally unsolicited."

"There’s been a lot of shenanigans and we can’t stand for that in our country," he added.

In a preview of what’s to come, the president added that there will "be a lot of litigation."

He did not take questions.

Several outlets have already projected Biden the winner in Wisconsin and Michigan, two states the president was leading in by the time he spoke Election Night. Mail-in ballots shifted the count in Biden’s favor in the hours following Trump’s controversial remarks.