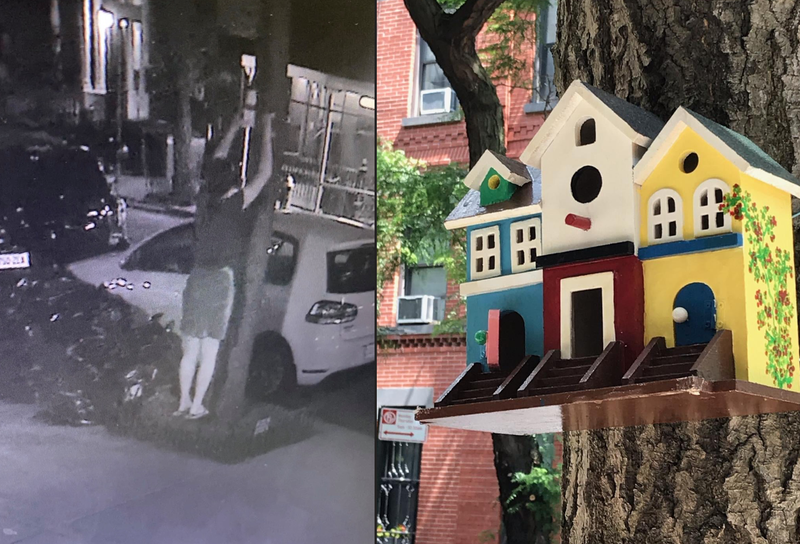 A woman cut down and then threw away more than a dozen hand-painted birdhouses that were placed on Upper East Side trees to bring joy during the coronavirus pandemic, residents said as they continued their search for her.

The birdhouses have been going up along E. 81st Street, between First and York avenues, over the past six months, according to the New York Post.

There were about 20 of the ornate birdhouses by mid-summer as more and more residents joined in creating them.

“They looked great, and I would walk up and down the block and see people regularly photographing them and you know, they would thank us for them,” Justin Shea, a member of the Yorkville 81 Block Association, told the Post.

MISSING / STOLEN BIRDHOUSES: Dear Neighbors, Some of you might’ve seen our birdhouses going up over the last few...

The association released surveillance video they said shows the woman clipping the birdhouses down with wire cutters overnight Wednesday. They said she then threw them in black garbage bags to be hauled away on trash day Thursday. All but two of the 20 birdhouses were stolen, the association said.

“We woke up yesterday morning, and they’re all gone, and everyone’s like, ‘What happened,’ and it’s just shocking,’’ said Jerry Howe, who was among those who created the birdhouses.

Residents believe the woman lives in the community.

Shea said the NYPD told him it was a civil matter when he tried to file a police report. Residents said they're currently trying to identify the woman so they can get her to stop.