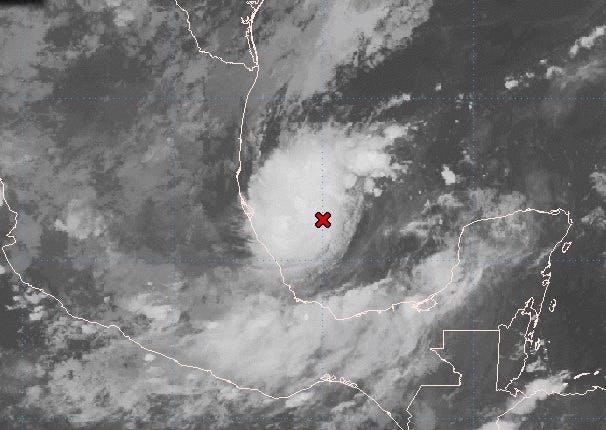 The National Hurricane Center is monitoring a tropical feature in the southern Gulf of Mexico.

"Thunderstorm activity has continued to increase and become better organized this morning in association with a well-defined low pressure system located over the southwestern Gulf of Mexico."

"A tropical depression or a tropical storm could form later today. The low is expected to meander over the southwestern Gulf of Mexico for the next day or so before moving slowly northward to northeastward on Friday and Saturday."

Several models, however, show a cold front moving toward the Gulf to push the system away from Louisiana.

"An Air Force Reserve reconnaissance aircraft is scheduled to investigate the disturbance this afternoon."

If it gets a name before another system in the Atlantic, it would be Tropical Storm Wilfred.  If the wave near Africa develops first, this low could become Tropical Storm Alpha... as the storm name list runs out.