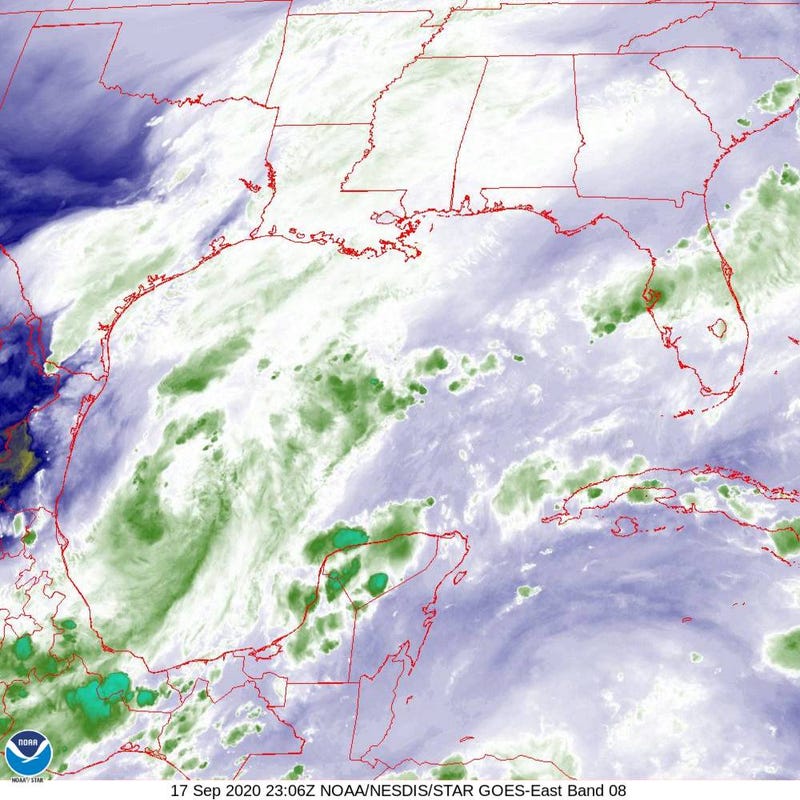 The 2020 hurricane season's twenty-second tropical cyclone formed this evening in the Bay of Campeche, in the southwestern Gulf of Mexico.

"Reports from an Air Force Reserve Hurricane Hunter aircraft indicate that the low pressure area over the southwestern Gulf of Mexico has developed a sufficiently well-defined circulation," according to the National Hurricane Center.

Forecasters say the depression is moving northeast at five miles per hour, but is likely to turn northwest, then west, as a mid-to-upper level trough over Texas weakens and moves off to the northeast and is replaced by a mid-level ridge building to the storm's north.

"Although the cyclone is relatively close to land, the vast majority of the track guidance keeps the system offshore for the next five days," said hurricane center forecasters.

If the storm intensifies, it will become Tropical Storm Wilfred, the last name on the list for the 2020 season. 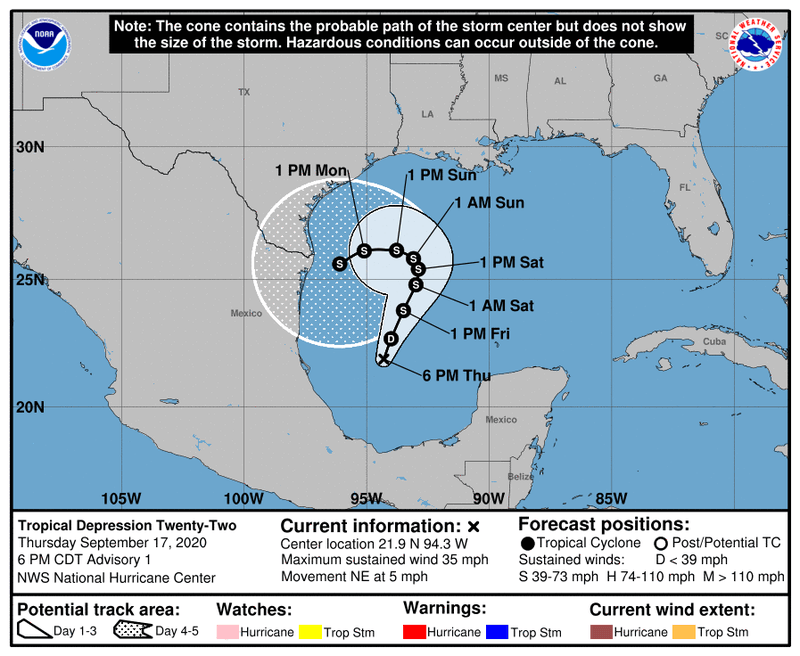