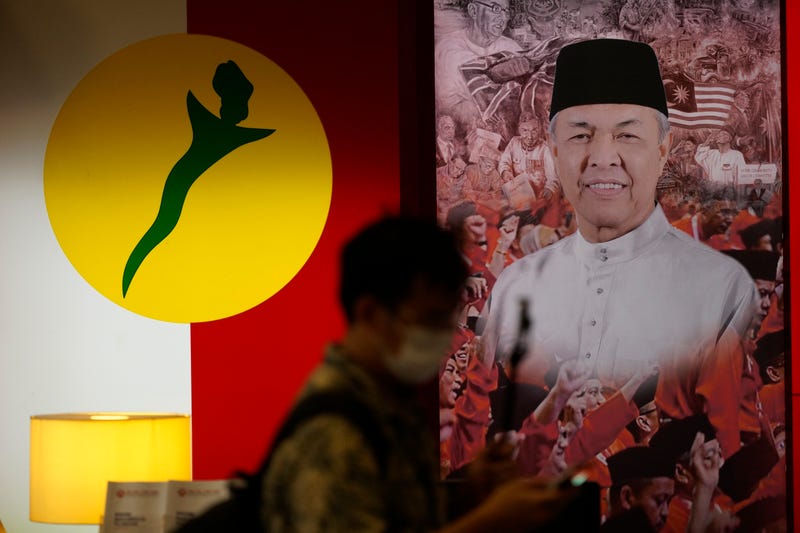 KUALA LUMPUR, Malaysia (AP) — A key ally's reaffirmed support for Malaysia's prime minister offers him a respite after his failed bid to declare a coronavirus emergency, but his political survival still hangs in the balance.

Eight months after taking office, Prime Minister Muhyiddin Yassin is being challenged by opposition leader Anwar Ibrahim, who says he has majority support to form a new government with defections from Muhyiddin's ruling coalition.

The support reportedly comes from the United Malays National Organization, the biggest party in the unelected governing coalition that was angry at being sidelined amid rivalry with Muhyiddin's own Malay party.

Muhyiddin sought to checkmate his rivals with a proposed coronavirus emergency that would have suspended Parliament and given him uncontested powers — but he miscalculated.

The king stepped out of his largely ceremonial role Sunday to declare Muhyiddin's proposed emergency was unnecessary and existing laws were enough to fight a spike in coronavirus cases. Many Malaysians were angered by Muhyiddin's move, and a senior UMNO official called on him to resign.

UMNO leaders discussed late Monday whether to abandon Muhyiddin but the party said in a statement later that it would remain in the coalition but demanded respect and better cooperation.

Analysts warned the situation is still fluid and Muhyiddin's position remains precarious. He only has a slim two-seat majority in Parliament and unhappy UMNO lawmakers could still shift alliance to Anwar.

Oh Ei Sun, a senior fellow at the Singapore Institute of International Affairs, said more political maneuvering is expected as Muhyiddin needs to get approval for 2021 budget in Parliament next month. If he is unable to pass the bill, pressure will build for him to resign or call new elections.

“Muhyiddin can now cling on to his political survival only at the whims of UMNO, which sees unresolved factional struggles. It would appear that his ship is going down but has not completely capsized yet,” Oh said.

Muhyiddin took power in March after withdrawing his party from Anwar’s governing alliance that won 2018 polls. He tied up with the corruption-tainted UMNO and other opposition parties to form a Malay-centric government but his administration has been fraught with infighting.

UMNO, which had ruled Malaysia since independence from Britain in 1957 but was ousted in 2018, has been vexed by its lack of senior Cabinet positions.

Muhyiddin did away with the deputy premier post and retained key posts such as finance and economic for his party and proxies. His appointments of second-tier UMNO leaders to Cabinet posts have divided UMNO leadership, and the party was further upset by a state leadership tussle after winning a crucial election last month.

Former Prime Minister Najib Razak, who remains out of jail while appealing his 12-year sentence for corruption, has voiced support for Anwar — a key player in the reformist government that ousted Najib in 2018.

Anwar has not named the lawmakers supporting him for fear they may be bribed or harassed, and there are doubts he can form a coalition as UMNO and a Chinese-dominated party in Anwar's camp are at loggerheads.

The king met Anwar earlier this month but has postponed meetings with party leaders to verify Anwar’s claim of a majority support. He has also called for support for the budget to cope with the pandemic — despite his rejection of the emergency plan — after Malaysia's cases doubled to more than 27,000 in just a few weeks.

Ahmad Fauzi Abdul Hamid, political science professor at Malaysia’s University of Science. said Muhyiddin’s emergency plan was really an admission of defeat but he received “an indirect slap on the face” from the king.

“If the budget is not passed, that signifies that his government has lost its majority. (Muhyiddin) will have lost whatever legitimacy he has to lead the government,” he said.