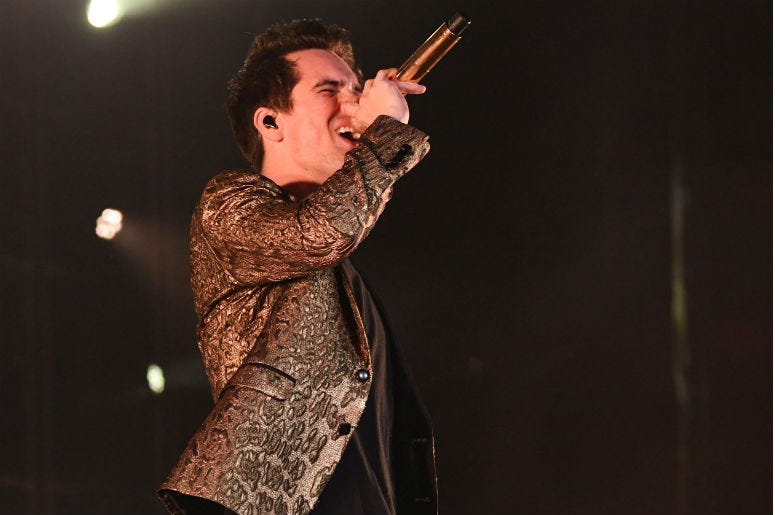 Panic! At The Disco frontman Brendon Urie is a man of many talents - singer, musician, actor, and gamer!

The singer announced a charity Twitch stream to benefit the Highest Hopes Foundation, a charity he created "to share strength, courage, and motivation to all people and communities who are subject to discrimination or abuse on the basis of gender, race, religion, sexual orientation, and gender identity".

The stream will take place on Urie's Twitch channel on November 15th, starting at 11:00am PST, and will feature special guests and giveaways from Panic! At The Disco and friends at Oculus, HyperX, Beat Saber, Call Of Duty, The Game Awards, and more. The goals of the charity stream, which is a partnership with State Farm, go up to $100,000, with tiered goals starting at $10,000. Past fundraisers for the Highest Hopes Foundation have raised over a million dollars!

His Twitch channel isn't just for gaming, though, as demonstrated by his livestream on the channel featuring him performing cover songs. Gameplay and Panic! At The Disco cover songs - that's definitely worth subscribing too!