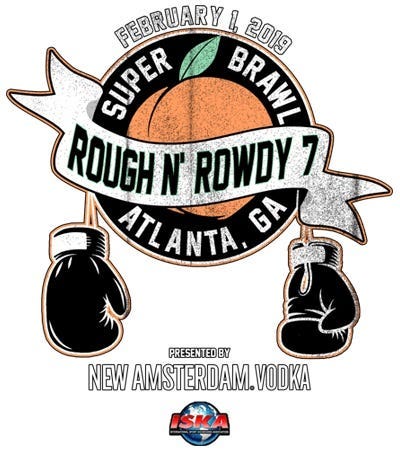 This week Jensen had a special in-studio guest to get us up on a few sports related topics all surrounding the Big Game this weekend. Adam Farrone from Barstool Sports joined Kevin & Bean, Jensen and Allie to discuss getting kicked out of NFL Big Game Media Day, Sean Payton wearing a Roger Goodell clown nose T-shirt and the Rough N’ Rowdy 7 Super Brawl.

Barstool Sports is a Boston-based Media Company that loves the Patriots and pushes the limits in all of their content. They have also been banned from Radio Row in Atlanta so they can’t broadcast from the place where all the other radio stations are broadcasting. “El Presidente” Dave Portnoy, the founder of Barstool Sports and Chief of Content, got in some trouble with the NFL a few years back and angered the NFL Commissioner Roger Goodell. Portnoy made T-shirts of Roger Goodell’s face wearing a clown nose after being arrested in the lobby of the NFL offices while protesting Tom Brady’s suspension in the Deflategate scandal. They’ve given out over 100,000 of these shirts and fans rub them in the face of Goodell. All of these things have led to the 3rd year that Barstool Sports has been banned from Radio Row and Media Day.

Media Day for the Big Game was on Monday the 28th, and El Presidente and PTF Commentator were able to sneak in to ask players and coaches some funny questions. They ultimately got caught, arrested, interrogated by the F.B.I. for 3 hours and eventually released. Now they are banned from the stadium and not allowed to attend the Big Game.

Speaking of the Roger Goodell clown shirt, it looks like during an interview, New Orleans Saints Head coach Sean Payton, who lost to the Los Angeles Rams in the NFC Championship game where there was a very controversial non-call for a pass interference, was possibly interviewed wearing that shirt underneath a button-up shirt. Take that, establishment!

But we digress. There is a very special event happening in Atlanta on Friday night, February 1st. It is taking the country by storm and it is called Rough N’ Rowdy 7 Super Brawl. This was started by a guy who was trying to become a professional fighter who got injured. He was unable to continue fighting and got into real estate until his wife forced him to do something else because she knew how unhappy he was.

If you happen to be in Atlanta and would like to attend, click here to purchase tickets: Rough N' Rowdy 7 Super Brawl

It is described by Ferrone as “A Hick Boxing Competition that started in West Virginia about 10 years ago. It started as a Strong Man Competition but it got bigger and more vile.” It has now evolved into a place where people settle personal grievances in their lives. With people like, “The Milkman, The Raccoon Boys, Shizzat the Rizzat, Vito the Torpedo the 400 lbs. knockout artist and Jessina the Plus Size Cam Girl,” how could you not want to watch an event of this magnitude? This weekend you can expect to see a fight from Marty Mush from Long Island and Matt Brown from the Barstool Sports Accounting Department.

It’s cheap, it’s fun and it's on Pay-Per-View too. Go to www.buyrnr.com and enjoy all the fights.