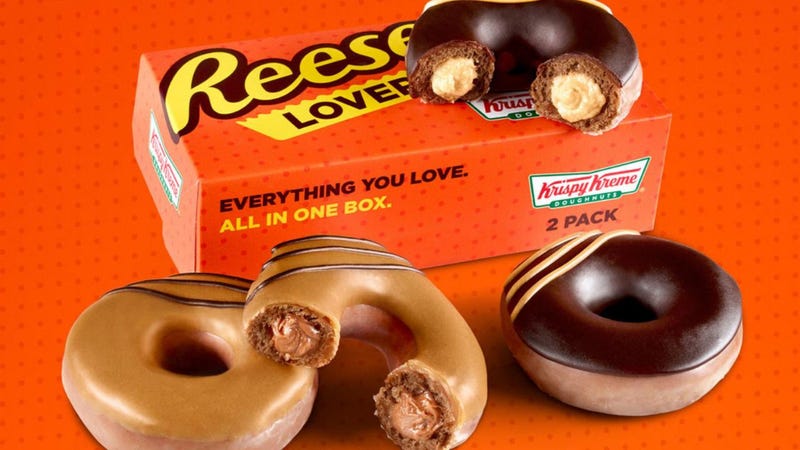 The Fast Food industry and Quick Service Restaurants are always evolving. Their kitchens are also constantly trying new things and testing recipes. They are looking to find new customers and bring them into their restaurants. Jensen describes these new items to us and we decide if we would try them, or not.

McDonald’s just announced that they will be testing Blueberry McGriddles breakfast sandwiches in the Washington D.C. area. They include thick-cut applewood smoked bacon, a fluffy folded egg, and a slice of melty American cheese between two blueberry Griddle cakes giving it a fruity twist to the Mickey D’s classic. Here’s our take:

Allie’s loves sausage McGriddles especially when you add the Blueberry, so Eat It!

Bean feels blueberries are underused as a flavor in fast food, so Eat It!

Beer Mug loves the idea of adding blueberries to his favorite menu item, so Eat It! 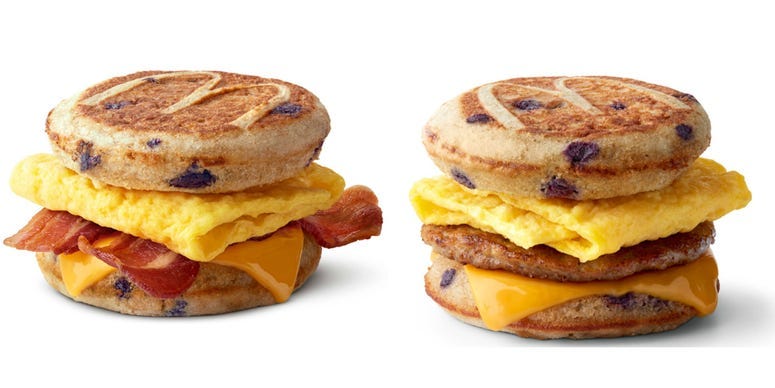 KFC in Malaysia is now offering Green Chilli Crunch. It takes the basic fried chicken and prepares it in a spicy marinade then fried until crispy, and tossed in a combination of green parsley, lime, and chilli. This gives the chicken skin a brand new zingy zesty taste. You can get it in a crunch box meal with a side and a drink or 2 or 3 piece combo for only $5.00.  Here’s our take:

Allie will also Eat It!

Not only will Bean Eat It, he is now going to reroute his whole vacation to make sure he tries it!

Oscar Mayer has introduced its new Ice Dog Sandwich. It features a hot dog infused ice cream with real bits of Oscar Mayer candied wieners mixed inside and served next to spicy mustard ice cream. Concocted in honor of National Ice Cream Sandwich Day, during the week of August 12 the Wienermobile will be driving throughout Manhattan, passing out Ice Dog Sandwiches for any interested New Yorkers who dare take on hot dog-flavored ice cream. You can follow them on Twitter to see where they will be next. Here’s our take:

Bean didn’t even wait for his turn to answer before he said “F That!”, so Beat It!

Allie will Beat the hell out of It!

For Beer Mug this is just a normal Friday night for him, so Eat It! 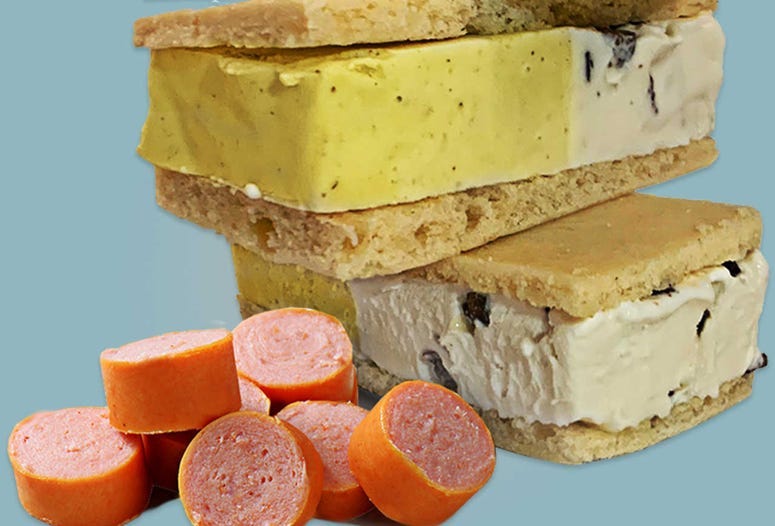 Allie cannot contain her excitement, so Eat It!

Beer Mug will Eat It!

Anyone who eats Arby’s already loves meat, but how much meat is too much meat? Well, Arby’s has just debuted the new Bourbon BBQ Barrel Stack sandwich. It features a buttermilk chicken fillet topped with pit-smoked ham, 13-hour smoked brisket, brown sugar bacon, melted cheddar cheese, crispy onions and Kentucky Bourbon BBQ Sauce on a star cut bun. It’s like someone went hunting and put all the trophies in bread. It’s only 880 calories surprisingly, and 2,719 mg of sodium 80% of your daily need in one entree. Here’s our take:

It won’t be good for his cholesterol but it will satisfy Beer Mug's meat cravings, so Eat It!

There are way too many of Bean’s pets on this sandwich, so Beat It!

Allie loves bacon but hates ham, so Beat It! 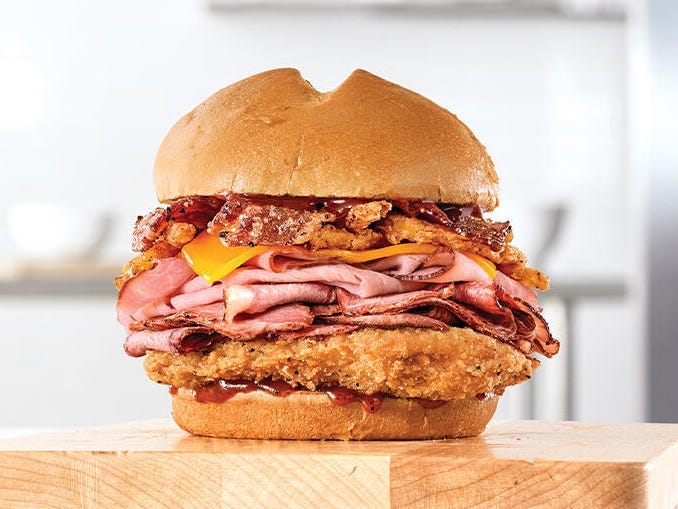