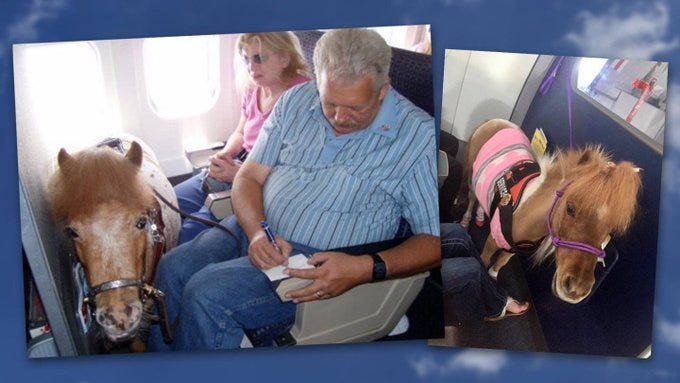 Our man Bean scours the internet to find all the best and hilarious stories involving animals from around the world.

A couple vacationing in Florida had to go back to their home in New York because it became too dangerous for them to say at their vacation home. Their home has been overtaken by Black Vultures that are vomiting and pooping everywhere. The man describes the smell like that of, “10,000 rotting corpses.” Vultures have destroyed the home and taken over the pool room. A neighbor down the street describes it just as bad because the person who lives next door to her is feeding the Vultures. They are migratory birds so they are protected by federal law, you can’t kill them. In general, it’s not a good idea to feed wildlife. The neighbor feeding the Vultures has been fined but continues to feed them.

A Humboldt County Sheriff Car had its lights and sirens on, on Aug. 3rd while responding to an overdose call, when a bear fell from an embankment and landed on the hood of the car. The patrol car then struck a tree, rolled over and caught fire setting a half a mile of vegetation on fire.

There’s a little island no bigger than an acre in McClure Lake in Mariposa County in California. A little over a year ago the island was connected to a piece of land, but rain quickly flooded the area and one donkey from a herd of about 40 became stranded on the island with no way off the island. Neighbors have been taking hay and treats to feed the donkey named Hillary. She has been stranded for 2 years and an off duty cop wants to tranquilize this donkey and remove it off the island, but it is illegal to capture a wild donkey, which Hillary is. There is a donkey rescue that is working with the government to remove the donkey from the island this week.

Last week after months of deliberation the Department of Transportation released its formal guidelines regarding animals on planes. There are 3 types of service animals allowed on planes now. Dogs, Cats, and now miniature horses. Mini horses have been commonly recognized in the tree of most common service animals. One woman who is blind has been flying with a miniature horse for the [past 10 years. She pointed out that the training a mini horse would benefit in 30-40 years of service versus a dog which would only give 10-12 years of service. Maybe we’ll see Lil’ Sebastian’s everywhere.

A North Carolina Police Department is evicting their pet cat named Sargent Butters. Some residents are mounting a campaign to bring him back. The Mocksville Police Department’s resident feline needs a new home after concerns were raised about a pregnant woman who worked in the building who said she couldn’t be around cats. Officers rescued the cat after they had seen it hanging around the building. A Save Sgt. Butters Facebook campaign has nearly 800 members now.

Sarge Butters is waiting for someone to play with him on this rainy afternoon #sargebutters #mocksvillepd #RainyDay #cats #CatsOfTwitter #Kitty #TuesdayThoughts #deepthoughtsfrombutters pic.twitter.com/s2EYYWp6x8